Home Fashion Style Hunter The most fear Helicopter in the world. 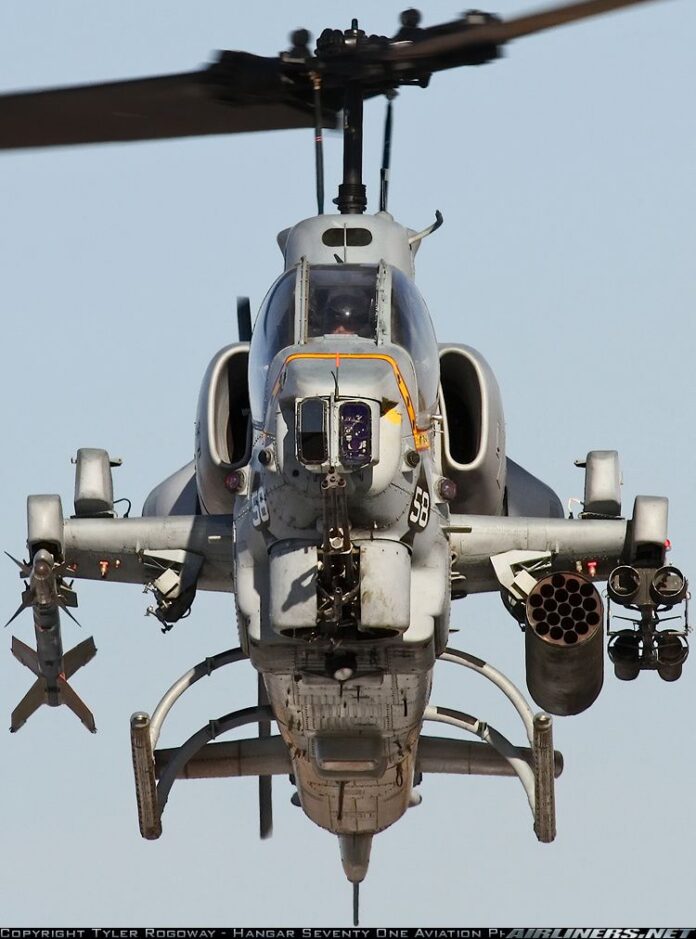 The AH-1W Super Cobra is the US Marines’ attack helicopter. It is supplied by Bell Helicopter Textron, and entered service in 1985.

As well as the US Marine Corps (USMC), the Super Cobra is operational with the Turkish Land Forces and the Taiwanese Armed Forces. The AH-1W was deployed in support of Operation Iraqi Freedom in March 2003.

The Republic of Korea Army obtained eight AH-1J Cobras in 1978 and as of January 2010 three are in service.

The US Navy uses seven AH-1Ws for test and rating purposes on behalf of the USMC. The Marine Corps took delivery of three upgraded AH-1s from Bell in February 2008. Bell received a contract for 15 upgraded aircraft (11 UH-1Ys and four AH-1Zs) in September 2008 and delivered 20 upgraded H-1 helicopters (14 UH-1Ys and six AH-1Zs) in 2008.

A major upgrade of the Bell Super Cobra known as the H-1 programme is underway. The programme calls for the remanufacture of the US Marine Corps fleet of 180 AH-1W Super Cobra and 100 UH-1N utility helicopters to an advanced four-bladed configuration, which will operate to beyond 2020. An upgraded cockpit configuration allows easy co-pilot access to the night targeting system (NTS). These are also remanufactured with ‘zero-time’ airframes comprising advanced technology.

The original two-bladed semi-rigid, teetering rotor system has been replaced with a four-bladed, hingeless, bearingless rotor system. The improvement in flight characteristics provided by the four-bladed configuration has led to increases in flight envelope, maximum speed, vertical rate-of-climb, payload and rotor vibration level.

The USMC subsequently decided on new-build rather than remanufactured UH-1Y helicopters and, in February 2008, awarded Bell a contract for the new build of 40 of the proposed 189 AH-1Z helicopters. Four additional helicopters were ordered in September 2008.

The Turkish Army selected the AH-1Z King Cobra in July 2000 with a request for 50 out of 145 helicopters required. In May 2004, it was announced that the acquisition was to be cancelled. The helicopters were to be built in Turkey by Tusas Aerospace Industries (TAI).

Northrop Grumman has developed the integrated avionics systems for the AH-1Z. The systems include two mission computers and an automatic flight control system with four-axis stability control augmentation system. Each crew station has two 8in x 6in multifunction displays and one 4.2in x 4.2in dual-function display, based on active-matrix, liquid-crystal colour technology.

The communications suite combines the new US Navy RT-1824 integrated radio, UHF/VHF, COMSEC and modem in a single unit. The navigation suite includes an embedded GPS inertial (EGI) and a low-airspeed air data subsystem, which allows weapons delivery when hovering and a digital map.

In June 2002, Thales Avionics’ TopOwl helmet-mounted display system was chosen for the USMC AH-1Z. The first system was delivered in January 2003. TopOwl, also fitted on Tiger, NH90 and Rooivalk helicopters, has integrated Gen IV image intensifier and FLIR capability and provides transition from day to night use at the push of a button.

The Super Cobra can carry both TOW and Hellfire anti-armour missiles and is being qualified to carry the Maverick missile. The Raytheon BGM-71 TOW missile has a range of more than 3km and semi-automatic command-to-line-of-sight guidance. The AGM-114 Hellfire missile is manufactured by Lockheed Martin. It is equipped with a semi-active laser seeker and has a range of 7km. The Super Cobra has fire-and-forget capability when firing the Hellfire missile in co-operative mode with laser target illumination.

The Super Cobra was the first attack helicopter to qualify both the Sidewinder air-to-air missile and the Sidearm anti-radiation missile. Both missiles can use the same LAU-7 rail launcher. Sidearm has a range of more than 15km. AIM-9L Sidewinder is an all-aspect, short-range, air-to-air missile produced by Lockheed Martin and Raytheon. The missile has a range of 15km.

The Super Cobra can fire the Hydra family of unguided 70mm rockets or the larger 127mm Zuni rocket bombs. Since 2008, all units have been armed with the advanced precision kill weapon system (APKWS), a guided version of the Hydra. The US Army reopened the competition for the APKWS in September 2005 and BAE Systems was selected as the prime contractor on 27 April 2006. A $96.1m contract was awarded to BAE systems by the US Army for design and development of APKWS II laser-guided rockets.

The Super Cobra carries a three-barrel, 20mm Gatling gun for close-range (up to 2km) engagement and 750 rounds of ammunition. With the gun in a fixed-forward position, the pilot can aim by manoeuvring the helicopter. Either crew member can slave the turret to the helmet-mounted sight and aim the gun by looking at the target.

Mastodon social media ,what is it ? All you need to... 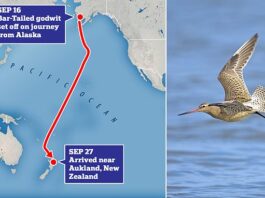 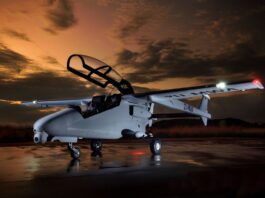