Home ENTERTAINMENT Mistakes that 10 Local musicians did that nearly... 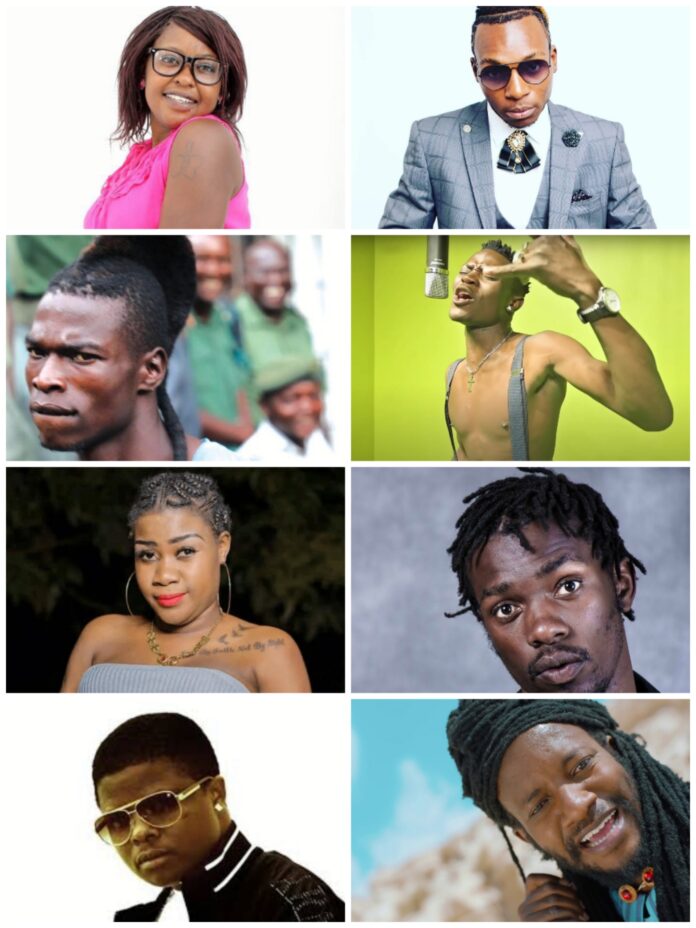 1.PRINCO SPICE AND JERRY B

Princo spice and Jerry b came to limelight due to their close link to Freeman hkd boss who is the founder and leader of the lable (HKD) in full that’s “Hatimire Ku simbisa Dangerzone) in this lable that’s where the two Jerry b and princo spice where signed in and their main recording studio was sunshine. Sunshine was central recording studio for Dangerzone signed artist. These two artist came to the attention of many due to the endorsement that they get from Freeman is one of the biggest artist right now and by that time in the local music industry. Freeman would endorse these guys on several songs and also through collaborations. Flashback of (Freeman ft princo spice _Nditachire) and (Freeman ft Jerry b_Dangerzone prayer). Looking at the background of how they started music due to many endorsement from Freeman we can now get to the point where we saying they made a costly mistake in their career when they started and Diss Freeman on zim talent riddim. This came as a surprise to many people as they never thought these two artist would record such songs dissing someone who Endorsed them from the beginning. The two recorded separate Diss songs to Freeman (Jerry b recorded song _dzungu munoriwanza) where he shot at Freeman telling him that he is over controlling the HKD. Freeman responded to these two Diss songs on the same riddim song titled (dhokotera) where he mention that he has cut their network. After this song that was the beginning of the end of the two artist career as fans started to take freeman’s side and this has greatly affected their music as even the songs they released were not making it to the streets as they used to when Freeman was still endorsing them. It was a great calamity. Recently princo spice has been trying to clear the beef as he would upload his throwback pictures with Freeman.

Real name Joseph mutamba _This artist has got one of the most unsettled issue among fans as they are not yet sure if he is in jail or not. The truth about chigudo gudo is he is in jail. This information was confirmed by his close producer samcris.Chigudo Gud Rose to fame with his songs (big name,, ndiri mu salad among others ). Chigudo was making a huge name for his career and he always amaze his fans due to his extraordinary hairstyle that was in a shape of mohawk and of course his controversial name (chigudo) which he changed from pankshan. When chigudo was trending in music industry he was involved in rape allegations where he was said to have raped a minor who was fellow tenant at his place of residence . It is allegedly that he drugged the minor with dagga and alcohol and he raped her at knife point and hide the lady in a wadrope when her mom came to chigudo place to look for her. She then find her daughter in a wadrope and the issue was reported to police and the final judgement chigudo was given 18years in jail and four were suspended on condition that he won’t commit the same offence in next 5 years. The conviction of chigudo gudo has totally shut down his music career as he is nolonger able to record any song behind the bars and up to now noone has ever heard anything about chigudo gudo.

Jahmaster started to gain limelight when he featured souljahlove on a song (zambuko). This doesn’t mean he ws not making music no, jah master was making music but very few people could recognise his music by that time but when he featured souljahlove and the track was played on radio this fueled his fame in local music industry that people even started visiting this old songs like (ma bond.. Tete nemuroora.. Taka sangana mutown… Back from america.. 45 50 matune..). Jahmaster began to steal the limelight from a lot of artist due to his versatility both lyrically and dress code.Jahmaster went viral when he realised his biggest ever song “hello mwari” that was a break of break through song for jahmaster in all his career and a lot are still thinking if he is going to reach the same level again. Hello mwari is Jahmaster first song to ever hit 1million views. After that song he went on further to collaborate with Anita Jackson on a song called “unonzani” it went viral again. In the same period where Jahmaster was man of the moment and his name was clean with no controversies.

He want for a show in bindura. When he was performing his collabo with anita jaxson called “unonzani” a fan jumped on stage vibing to the song and dancing not knowing that Jahmaster was making press ups for a strike. Withing a blink of an eye the fan was kicked metres away from the stage. It was such a cyclonic kick it wipped him off and the video of Jahmaster kicking a fan went viral and fans began to react. There was negative comments all over from fans and the pressure was too much to the extent that jah master had or look for the fan and he bought his things as a way of apologising for the previous actions. This greatly affected his music career. It dragged it a bit back as Jahmaster before that he had not controversies. He was just clean and this incident gave his fans another perception about his personality.

Dobba done real name Dumalisile Mehlomakhulu. Dobba Don Rose to fan with songs like (mukuru.. Dendere.. Zvandiri ft tammy and takura). Dobba don gained more fans due to his versatility in merging hip hop and Dancehall and also his ability to both compose hip hop songs. Dancehall and Zimdancehall. Dobba Don managed to win a lot of hearts from his hits but unfortunately this fame exposed him to drugs and he started abusing drugs which greatly affected his musical career as he started losing attention on recording new music and he started acting wild until he had to take a break and went back to his rural area to fix things. When Dobba Don returned back he had to start again his career from scratch this dragged his career backwards due to his long break from concentrating on his music.Dobba Don reveals more information of drug abuse in an article posted in hmetro on 28 July 2021

Nox guni has always been falling victim of nude pictures which repeatly leak everytime online. This has affected his image as an artist even though his royal fans has never stopped listening to his music because of his private life. He is one of the artist who managed to escape controversies without it affecting his brand that much. On 23 August 2016 mix guni nudes leaked after his relationship with gamu fall out. Another Nox video musturbating was leaked 6 may 2019.

Real name _ Stephen Kudzanai Mamhare aka Enzo Ishall was born in Mabvuku at Mabvuku Maternity Clinic. It’s no lie Enzo ishall is the biggest artist of the new generation which was recently introduced by chilspot. Enzo ishall break the Zimdancehall hits records with viral songs like (kanjiva.. Chiita kwacho.. Handirare kuden kwenyu.. Matsimba.. Magate). It was a great history in making that fans have ever witnessed in history of zimdancehall. It pushed Zimdancehall to greater version. A lot of people began to fell for Zimdancehall due to this amazing artist Enzo ishall. However he made what we decided to call (fans perspective or fans point of view) when he made a song with prophet passion java called (highest score). The song was greatly criticised for its gothic Visuals where people were changing to vampires and lyrical content fans complained that they didn’t hear anything from the song even though the lyrics were even uploaded. Enzo ishall had to turn off the commenting feature on the video as pressure mount from fans. These are some of common mistakes in industry it happens that other times what you call a good song as an artist might be controversial to fans.

Winky D is a Zimbabwean reggae-dancehall artist, known popularly as “The Big Man”, and also known as Dancehall Igwe, Gaffa, Proffesor, Extraterrestrial etc. He is often considered the Zimdancehall pioneer. This man has decided to fully his life in private space hence there is no scandal much associated with this man as he gives fans what they need to know and not much about his personal life. At one time winky D was misunderstood by many fans when he released his song (ka song ke jecha) fans linked this song to politics of which it was just an ordinary song where the artist was pointing out each and everyday challenges people are facing in the street. On 26 December 2018 winky D was almost attacked by men with machetes at golden Mile Hotel. Its not yet clear if it was because of the song or it was just people who were jealousy of the show.All this has never affected winky D Brand or music in any way due to Winky D good and great strategic approach in the music industry. Winky D is one the most mature artist in the industry full of experience on how to handle any kind of issue due to his great and long experience in the industry and of course his great management. Winky D is one of the examples that fellow artist should try and copy to avoid killing their music career. Winky D has always lived a most private life more than anyone else. He is a typical example of a role model for many!!! 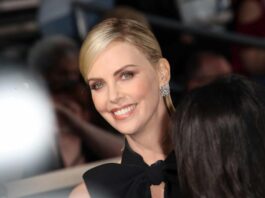 “I Don’t See Myself Ever Dating A Public Figure, NEVER” –...