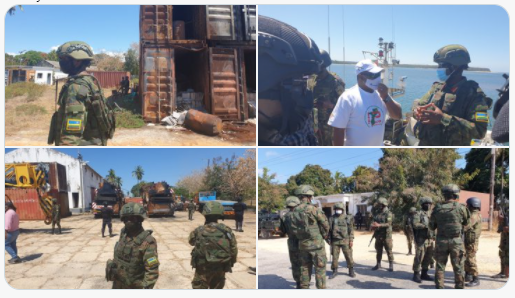 Rwanda troops are proving to be a game-changer in Mozambique almost a month after their deployment. The well-trained and well-disciplined troops are restoring confidence in the military.

In less than 30 days they have liberated people from one village to another, from town to town reclaiming vital infrastructure. The communication network systems, the highways, and bridges as well as government offices are being recaptured.

So far the Islamic terrorist is holding u in few pockets of resistance in the mountains and forest.

While their heroic acts are a source of relief to the local communities, they also generating social media buzz. Security analysts are raising uncomfortable questions on the competency of the Mozambican government.