Home Music Fame and Thuggery: The rise of Pooh Shiesty. 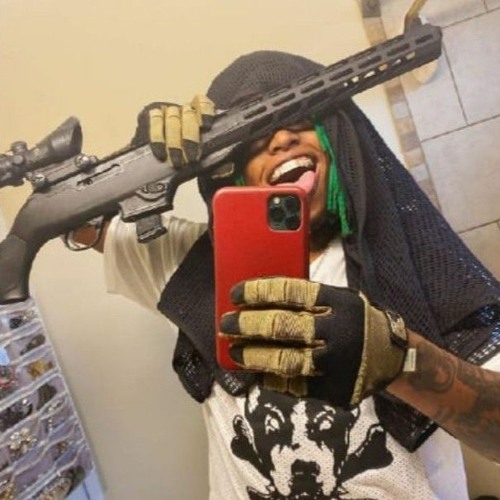 The young 21-years-old rapper’s birth name is Lontrell Denell Williams Jr. His birthdate is 8th November 1999 and his birthplace is Memphis, Tennessee, the U.S. Similarly, Pooh is currently twenty-one years old. Pooh migrated together with his mother for 2 years and again went to Pflugerville, Texas. It was the moment when the rapper was learning to adjust to any type of circumstances. After he went back to Memphis, Pooh took summer school in order to graduate from high school. Pooh first began making music when he turned 18 years old.

Pooh Shiesty began his career with his first single, “Hell Night”, presenting American rapper and good friend Big30. His single was out on 15th March 2019 which was pursued by the official music video on 19th February 2020. “Shiesty Summer” was then out after 5 months on 20th August 2019, succeeded by the music video the next day. His other single, “Choppa Talk”, which he made collaborating with Big30 was out just after 3 days on 23rd August 2019. But the video was out a few months prior, on 6th May 2019. Pooh’s last release of the year was out together with the single, “Day One” together with the accompanying visuals, on 25th November 2019.

Then, Shiesty brought out the single “At It Again”, but the visuals were out 9 days earlier on 11th March 2020. After 4 days, he again brought the single “Main Slime”, on 15th March 2020. On 29th May 2020, the next song achieved a remix with a partnering music video, presenting American rapper, Moneybagg Yo, and American record producer, Tay Keith, the latter of who brought the initial song as well. Similarly, after 2 days, the rapper again brought out the single “ABCGE” with the music video on 3rd June 2020. After producing a few singles of his own, Pooh achieved attention from American rapper Gucci Mane, who at last was able to sign him to his record tag, 1017 Records, sometime in April 2020.

More about his career

Both of them subsequently at last was working on Mane’s single, “Still Remember”, and was present in the music video. Both of them were out on 19th June 2020. The song turned into Pooh’s original rise to fame and identification. After just 6 days, the rapper produced the single “Monday to Sunday”, collaborating with other American rappers like Lil Baby and Big30, with the visuals on 25th June 2020. Every 3 singles achieved music videos and also ended up being present on Mane’s 4th compilation album, “So Icy Summer”. The album was finally out on 3rd July 2020. The 1st half of the album comprised of songs by Mane and the 2nd half comprised songs from the rest of the label.

People also recognize the album as the “New 1017”, the latter of which is a combination of new signees to the label, which added Shiesty himself, with other label fellows Foogiano, K Shiday, Enchanting, and also Big Scarr. Shiesty and Gucci were reconciling inside the album on the latter’s single “Who Is Him”, with a music video on the same day. On 9th September 2020, Shiesty brought the single “Twerksum” together with the music video. The entire 1017 label, which includes himself, Gucci Mane, Foogiano, Big Scarr, Roboy, K Shiday, and also Enchanting got together on Roboy’s single “1017 Loaded”. It was then out together with a music video right after one month on 9th October 2020.

The two singles were out on Gucci’s 5th album, So Icy Gang, Vol. 1, was out on 16th October 2020. Then, the album is familiar to the 2nd half of So Icy Summer but is rather dispersed by several artists of the label on the songs. The rapper then brought out the single “Back in Blood”, collaborating with Lil Durk on 6th November 2020. It became his most-streamed song and was soon succeeded by the official music video, which was out on 2nd January 2021. Then, it achieved about 40 million views on YouTube. After that, he was present on Foogiano’s single “First Day in LA”. The single was out together with visuals on 20th November 2020.

It was present on the next debut commercial mixtape, “Gutta Baby”. In addition, Pooh was making another presence on the song “Menace”. The debut was finally out on Thanksgiving Day on 26th November 2020. In addition, Pooh brought out the single “Guard Up” together with the original music video on 15th January 2021. It was present as the 3rd single to his first commercial mixtape and 1st project, “Shiesty Season”. On 29th January 2021, the rapper was also present on Lil Durk’s song, “Should’ve Ducked”, from the luxurious version of the latter’s 6th studio album, “The Voice”.

They also were marked for the 2nd time that the 2 have worked, pursuing “Back in Blood”. “Neighbors”, presenting American rapper Big30 was out as the 3rd single on 2nd February 2021. The mixtape was out on 5th February 2021. It presents guest presences from Lil Durk, Gucci Mane, Big30, 21 Savage, Veeze, Foogiano, Lil Hank, Choppa Wop, and also Tay Keith. The mixtape even adds the formerly-brought out singles “Twerksum” and “Back in Blood” as the 1st and 2nd singles. Moreover, Pooh’s inspiration was several American rappers such as Chief Keef, Kodak Black, and also Lil Wayne. The rapper was listening to the latter for the largest and is inspired the most by him.

Pooh Shiesty has been earning a decent amount of money from his profession as a songwriter and rapper. His estimated net worth should be around $700 thousand. Also, he has been earning his net worth from advertisements and endorsements as well. It is for sure that the rapper would be earning more amount of money in his future if he goes on working hard like he is currently doing.

As a talented and popular rapper, everyone must think that Pooh Shiesty must have a girlfriend. However, it is not true. The rapper is single and has been busy in his career as a rapper. After seeing his very continuous present and achievements from his career, it is obvious that he is very serious about his career. Also, the rapper has never told anything about his previous as well as his present love life.

On 13th October 13, 2020, the rapper was arrested. It was due to his involvement in a shooting in Bay Harbor Islands, Florida. Then, he first faced various charges, adding provided robbery, annoyed assault and battery, and illegal theft. The argument was hopefully about a drug and sneakers exchange. It might have guided two 2 men to the hospital because of fire. Moreover, Shiesty was soon out on the same day.

Regarding the rapper’s body measurement, he has a good height of around five feet eight inches or 172 cm or else 1.72 m. Pooh Shiesty has a bodyweight of around 62 kg or 137 lbs. Similarly, his body measurements are 38-26-34 inches and the size of his biceps is 12 inches. The rapper wears a shoe of 9 (US). Moreover, he has a pair of brown eyes with black short hair. Also, Pooh loves to wear items from brands like Gucci, Nike, and Adidas.

Talking about Pooh Shiesty’s appearances on the social media platform, he is quite active there. He is active on Instagram with 2.2 million followers and a Facebook page with more than 203 thousand followers. Similarly, the rapper has his own YouTuber channel where he has 546 thousand subscribers. It is obvious that the rapper uploads his every creation and works on his YouTube channel. Moreover, Pooh has uploaded very few images and videos on his social media accounts. 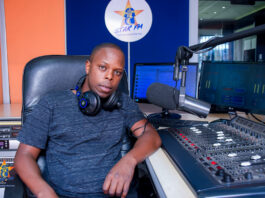 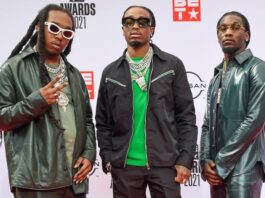 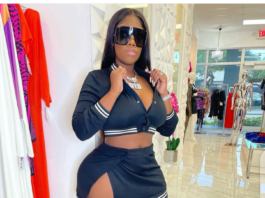