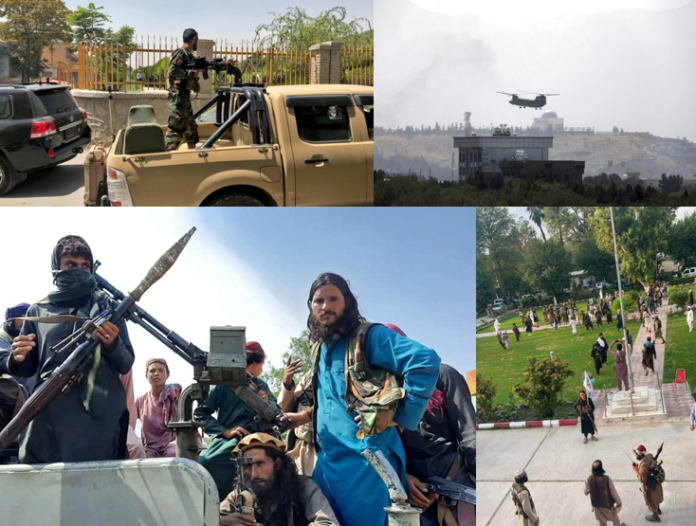 Taliban insurgents entered Kabul, the Afghanistan capital earlier on Sunday according to an interior ministry official, as the United States soldiers evacuate diplomats from its embassy by helicopter. The Taliban have promised not to attack the capital as they wait for the president to resign and peacefully transfer power to them.

Taliban has gained 24 out of 34 provincial capitals in just 9 days of “fighting” and in some cases, the government forces just ran away leaving military vehicles and equipment on the ground. The government forces’ unwillingness to fight is puzzling given the reasons and the training they head for 20 years under American supervision.

Government workers and US contractors have been fleeing the provincial cities towards Kabul hoping that the central government will fight hard and keep the Capital. But from the recent events, it seems like the army is incapable of sometimes being unwilling to fight the Taliban.

If Kabul falls within the coming days, then all the sacrifice and work done by the Americans in just 20 years will turn into nothing. The US president Joe Biden will bear the brunt of blame after he chaotically pulled out the US forces without a strong backup plan.

As the US soldiers grew weary and the war becomes expensive with little to gain from, the western population was pressing their leaders to bring back the soldiers home. The west was willing to dust off its hands and leave Afghan people to fight for their country against the Taliban. However, the Afghans are showing little appetite for war.

More so the government soldiers are accused of corruption and harassment of the local population and in some cases, people prefer the order and high religious moral guide of the Taliban. Earlier on Sunday, the insurgents captured the eastern city of Jalalabad without a fight.