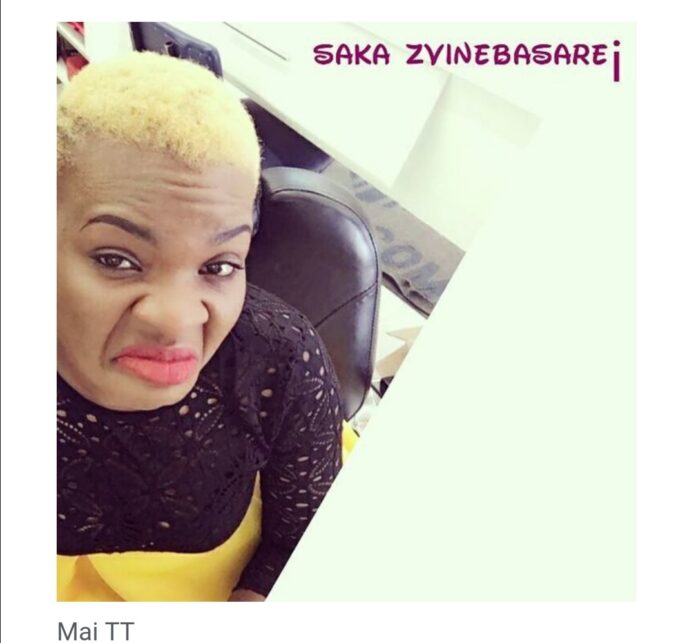 Mai ttiti is one of most controversial figure. She has been known for her longtime fight with madam boss, Simbarashe of zim eye, Queen tatelicious and other fans.

Even tthough she has other controversial issues, Mai titi is a hard worker one of a kind who is always there for her kids to make sure they are well. Recently she bought her older daughter fifi a car and her longtime personal assistant wasu was blessed with a BMW.

Allegedly this relationship is said to have been destroyed by the The UK based Dadirayi is said to be the woman who came between Zizoe and Mai Titi claiming that she called dibs on him first.

Mai titi shocked the whole nation to ground when she announced her new relationship with a Nigerian Biggar guy OBINA whose real name is (Charles Obina Ugwa). What shocked the nation most is her quick movement from dating zizoe jumping in military style to Obina and for that matter a man from Nigeria skipping all the local districts, towns and rural areas in Zimbabwe to choose a Nigerian Man.

The relationship was one of her best relationship that at many times mai titi would travel from Zimbabwe to south Africa to see obina. At certain point she even visited her man ‘s relatives and she also revealed wedding plans with obina. Her relationship with obina she called it (her last destination) a clear statement that she wanted to spend her whole life with Mr Obina. Her boyfriend even payed for flight ticket to visit mai titi in Zimbabwe and obina was around for weeks getting to know Zimbabwe where his lady(Mai titi) was staying and they also even went for photoshoot and cakes were made in celebration of the relationship.

The relationship went sour when mai titi went for a movie role in Tanzania.The movie was called (A Life Of regret).In a social media rant, Mai Titi, real name Felistas Murata, described Obina as controlling after he attempted to dictate her dressing and work conduct.Mai titi was spotted wearing a bikin in a swimming pool and this sparked a whole debate about her dress code. Obina was argues that a married lady should wear appropriate things whilst mai titi was saying her job allows her to be flexible as an Entertainer and she puts her work first

Mai ttiti described Obina as a over controlling partner. She said obina was telling her relatives everything that was happening in her relationship.

Due to all the factors above they all led to the downfall of mai titi relationship with obina and the two never met again.

Then other pictures circulating of mai titi and a white guy in 2018 the story was confirmed by herald newspaper. The white guy was identified by the name chime. Mai titi has never revealed more details about the white guy but she posted a picture with her foreign guy (chime).

According tto mai titi she said the guy even paid her lobola and they were even planning a proper wedding. According to mai titi words quoted by herald she said “I did not want people to know because they can be very cruel, but my boyfriend actually paid lobola and I have been customarily married for three years now. Social media is dangerous. Imagine someone managed to get his contact and started sending him messages asking him why he would want to be with an HIV-positive woman. He was very upset and he even showed me the messages so I just decided to keep my mouth shut until now,” said Mai Titi.

Recently Mai titi was spotted with another man who is said to be married. The pictures circulated on whatsapp and madam boss on forefront of endorsing the relationship. On a picture uploaded by madam boss on Instagram with a caption wishing mai titi all the best in the new relationship.

Mai ttiti has been spinning relationships like cotton but on this one she decided to play it low so as to avoid a lot of people into her relationship and maybe by the fact that this guy is said to be married. Mai titi herself hasn’t yet Endorsed the rumor as she has never yet put an official statement to this relationship but from madam boss post it’s clear that there is something going on underground.

Controversial comedian Mai Titi has suffered another heartbreak after she found out she was dating a married man.

This comes after the wife to the American based lover only identified as Shepherd blasted and shamed Mai Titi for snatching her man.

The socialite announced that she was taking a break from announcing her personal life on social media after her relationship with Obina. However, she has found herself swirling in yet another fresh.