PUNCHSTARWE CHOOSE TO GO THERE
Home LIFESTYLE Kat Von D Explains Why She didn’t sleep with a man for... 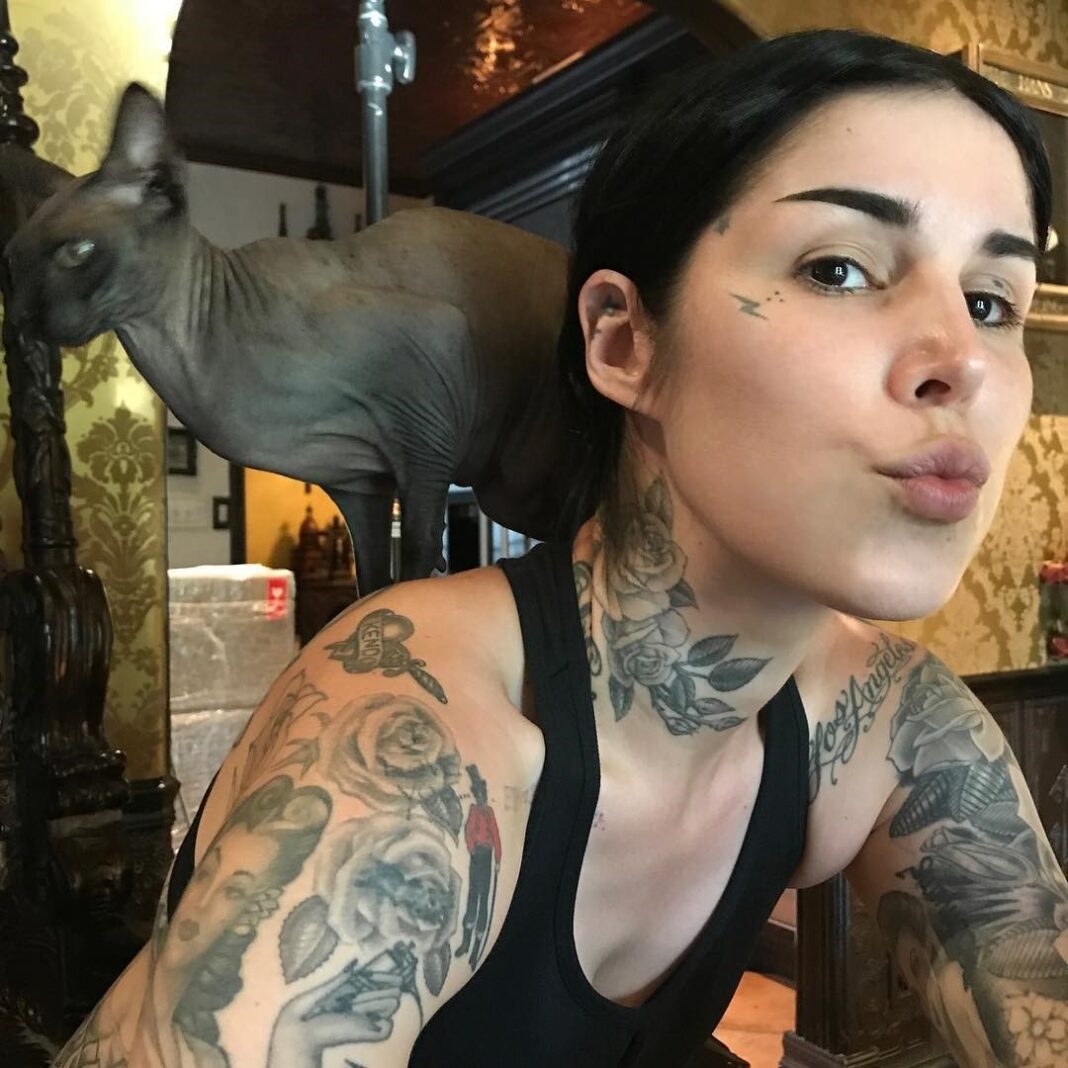 Kat Von D has always been known primarily for her visual work as a renowned tattoo artist and beauty guru, but she’s also a musician, and her debut album Love Made Me Do It is underway. In an interview with Nights, she explained how a strain of toxic relationships and celibacy impacted the record.

“My kryptonite has always been loving. I think everything else; I feel in control of and I find extreme joy in,” Von D said. “Prior to Rafael [Reyes], I was in nothing but dysfunctional relationships.”

The artist explained that none of her exes shared similar physical attributes but rather, emotional.

“I don’t have a type. My type was like, I guess you could say daddy issues,” she said laughing. “For some reason, I dated a lot of guys that had a lot of abandonment issues, and that in turn would reflect into how they treated who they dated.”

Von D eventually realized that the pattern of toxic relationships she found herself in could help her look within herself, and try to figure out why she sought out men with these particular problems.

“That’s when I took about, at one point, three years of celibacy where I was like, ‘I’m not gonna date, I’m not gonna be intimate with anybody and just really focus on myself because I’m tired of seeing the same movie over and over again.’ Those things have to happen,” she explained.

Thus, much of the album was written from a place of heartbreak and struggle with relationships — especially the song “Enough.”

“When I wrote these songs, I wasn’t writing with the intention of anyone else listening except the person I wrote them for. So it was easy to be vulnerable and honest,” she continued. “There’s a lot of hurt out there, I think a lot of people, sadly, can relate to the feeling of not being good enough for somebody.”

Love Made Me Do It will arrive Aug. 26 and can be pre-ordered here now. To hear more about the album, Von D’s plans for when touring resumes and her progress on her fledgling sophomore album, listen to the interview below — and stay tuned for the new video for her latest single “Fear You,” which will be out tomorrow (Aug. 17).