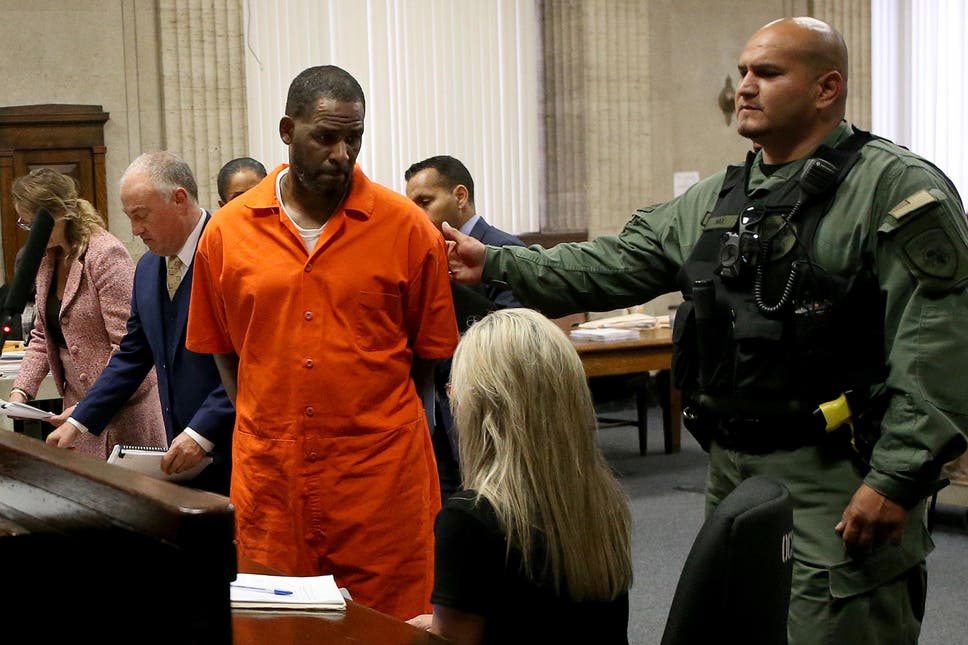 R. Kelly’s personal physician of 25 years took the stand Thursday to testify about his treatment of the singer’s genital herpes since at least 2007 after prosecutors allege the singer knowingly infected multiple people with the incurable sexually transmitted disease.

The singer, 54, whose full name is Robert Sylvester Kelly, has pleaded not guilty to charges of racketeering and violating the Mann Act, an anti-sex trafficking law.
Separately from this case, Kelly faces federal child pornography and obstruction charges in the Northern District of Illinois and faces state charges there for multiple counts of aggravated criminal sexual abuse. He has strongly denied the accusations.
One of the underlying acts alleged against him is that he knowingly infected women with herpes, in violation of public health laws that require people who have an infectious venereal disease to notify their partners about their diagnosis.

On Thursday, Kris McGrath, a Chicago-based physician specializing in internal medicine, appeared in Brooklyn federal court under a subpoena and testified that he’d been treating the singer since 1994.

“I did not conclude that he did not have herpes,” McGrath testified, occasionally referring to Kelly’s medical records, which prosecutors obtained through a subpoena.
McGrath testified that after examining and testing Kelly in June 2000 that he told the singer to “inform your sexual partners so they can make a decision whether or not to have sex with you.”

McGrath said it is recommended to treat genital herpes with a drug known as Valtrex, which can be prescribed for short-term treatments. But if a patient has outbreaks of the disease more than three times a year, McGrath testified, it is recommended that the patient take the medication every single day.

McGrath said Kelly or his associates would frequently call him for more refills of Valtrex at a Walgreens pharmacy. “It was so often that I had memorized the number to that Walgreens,” he said and recited the phone number in court.

Defense attorney Nicole Blank Becker pressed McGrath about the fact that the physician didn’t document an official genital herpes diagnosis for the singer.
The earliest documentation of McGrath prescribing the herpes treatment drug, Valtrex, was in March 2007, according to a medical record that prosecutors presented in court. And the earliest documentation showing Kelly had a history of genital herpes was made in a medical record from 2011 when McGrath testified his office transitioned from paper medical records to electronic ones.

The public health law that requires someone with a communicable venereal disease to inform their sexual partners of their diagnosis is not commonly prosecuted, said Roger Canaff, a former assistant district attorney in New York City.

“It is difficult to prove because it is not easy to prove beyond a reasonable doubt that the defendant knew he was infected when the sexual intercourse took place,” Canaff told CNN. “However, testimony from a doctor who was treating Kelly is damning evidence. It shows that, as far back as 2007, Kelly knew he had a venereal disease. If it can be proven that he knew and that he continued to have sexual intercourse, then the offense can be proven against him.”

McGrath testified that Kelly did not pay for his medical services “at all,” and that Kelly often gave the physician and his wife free tickets to concerts and, at times, paid for the couple to travel to concerts around the country.

Prosecutors showed a photo of McGrath and Kelly together at a cigar bar in Chicago in early 2019, which McGrath said was the last time he spoke with Kelly and was taken shortly before the singer’s arrest.