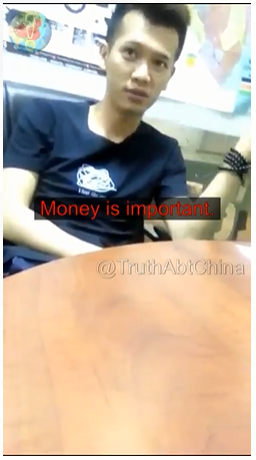 It’s a matter of public knowledge that China has a racial problem against black people of African descent. When the pandemic started last year, many Africans were removed from their apartments in China saying they were spreading the virus.

Nigerian high commissioner had to summon the Chinese ambassador to protest against racism subjected to black people in that country. But what’s more surprising is the fact that some Chinese nationals don’t change their behavior when they come to work in African countries.

Time and against we have seen videos trending online, workers being insulted and assaulted for demanding better working conditions. In the recent Zambia election, an unprecedented number of young people went to the vote primarily because they felt like they were being treated like second-class citizens in their own country.

Now there is a viral video that was recorded in Kenya where a local was arguing with the Chinese national. He went on to say that all black people are K****

Watch the Video Below: