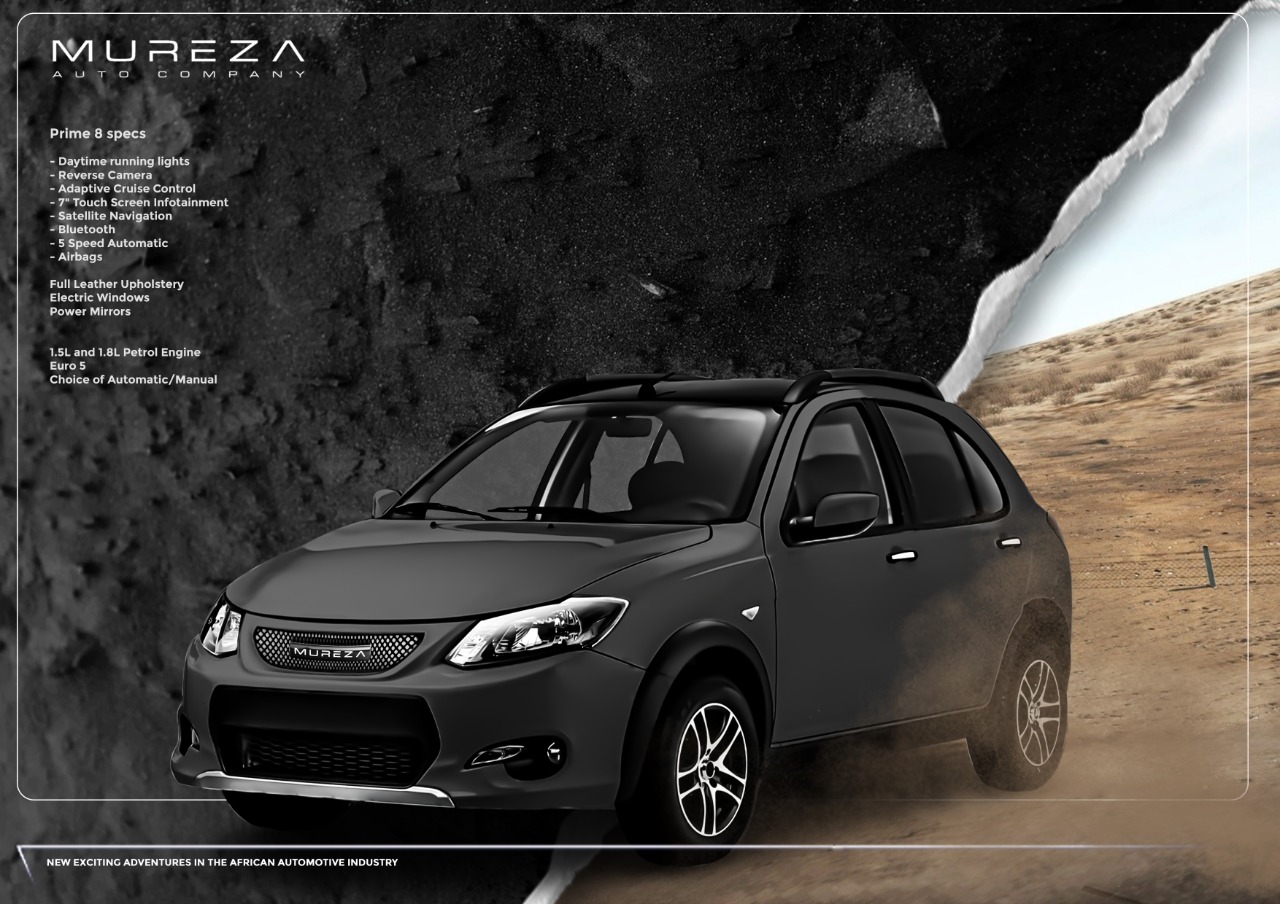 The Mureza Auto Company, registered in Zimbabwe and South Africa and the first black-owned car building company in Southern Africa, will release the first batch of 100 Prim8 badged (pronounced primate) vehicles into the local market next week. According to a release from company, registered under Mureza Holdings, the Prim8 vehicles can be pre-ordered and reserved at $3000 (about R44 000) on the Mureza website for delivery in South Africa or Zimbabwe.

Mureza Auto debuted at Automechanika Johannesburg two years ago where it announced a joint venture with the Iranian SAIPA Group (Société Anonyme Iranienne de Production Automobile, as registered in French) based in Tehran. The company, backed by funders in the United Arab Emirates and other investors, has recently been granted a licence to build and distribute its Prim8 models, based on the SAIPA Quick, in South Africa. It is currently assembled from SKD kits in the Automotive Supplier Park in Rosslyn, Pretoria.

In a statement dated 21 June, Mureza CEO Tatenda Mungofa described this step as “a major milestone in our vision to become the leading car manufacturer in Africa. To the African market, the wait is almost over. We are working in the background to ensure we bring quality and affordable vehicles to the African continent.”

The SAIPA Quick was released in Iran in March 2017 and is now also exported to India. The compact crossover is based on the X200 platform developed for the SAIPA Tiba and Saina models, with architecture from the third-generation Kia Rio.

Mureza states the Prim8 is powered by a 1.5-litre four-cylinder petrol engine developing 87kW. However, it seems the correct figure for the 1 503cc M15-powerplant (as indicated for the Quick) is 65kW, with maximum torque of 128Nm at 4 000rpm, driving the front wheels through either a five-speed manual or a CVT.

The Prim8 line-up, consisting of two models, will enter the market in South Africa at a suggested retail price of R196 000 and $13 500 in Zimbabwe. Other models in development include the Prime8-inspired T1 bakkie and the Athlete and Tusker models set to roll out next year.