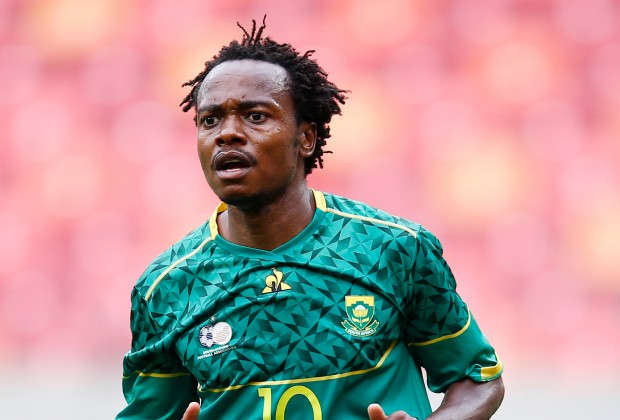 Bafana had four overseas-based players in the line-up, which included debutant Gift Links, Siyanda Xulu, Luther Singh and Percy Tau while the Warriors included a number of South-African based stars such as Khama Billiat, Divine Lunga, Onismor Bhasera and Kudakwashe Mahachi.

The visitors were on the front foot in the early exchanges and Evidence Makgopa had a chance to give South Africa the lead in the eighth minute after getting on the end of Singh’s cross by Singh but he guided his header over the bar at the far post.

Hugo Broos’ charges continued to put Zimbabwe under pressure as Teboho Mokoena came close to giving Bafana the lead in the 16th minute with a dipping strike from range that forced a superb save out of shot-stopper Talbert Shumba.

The Warriors only got into the game on the half-hour mark after Billiat went through on the right side of the box and unleashed a looping strike that sailed slightly over the bar although Knowledge Musona was also open in the box.

Broos made a tactical change at half-time, after bringing on Bongokuhle Hlongwane in place of Links as the visitors looked to get an opening goal.

Hlongwane had the best chance of the game in the 66th minute after breaking away on the right channel, before unleashing a cracking low diagonal strike that was parried away towards goal by Shumba but a Zimbabwean defender made a goal-line clearance.

Bafana made another change in the 73rd minute, as Victor Letsoalo replaced Singh for fresh legs in attack while Sipho Mbule was introduced in place of Tau five minutes later.

The game was there for the taking for either side in the closing minutes, with Zdravko Logarusic’s troops showing more urgency to find the winner but Bafana kept them at bay as the encounter ended all square.

Here’s how they lined up: