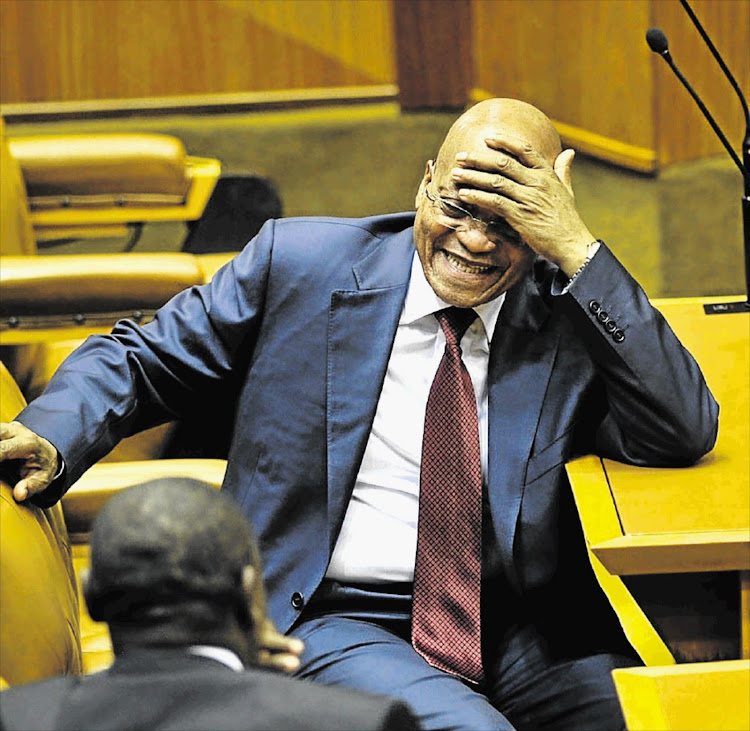 Former President Jacob Zuma has been placed on medical parole, according to the Department of Correctional Services.

In a statement released on Sunday afternoon, the department said: “Medical parole’s eligibility for Mr Zuma is impelled by a medical report received by the Department of Correctional Services. Apart from being terminally ill and physically incapacitated, inmates suffering from an illness that severely limits their daily activity or self-care can also be considered for medical parole.”

Zuma’s medical parole means that he will complete the remainder of the sentence in the system of community corrections, according to the statement. “He must comply with [a] specific set of conditions and will be subjected to supervision until his sentence expires.”

The Department of Correctional Services has confirmed that former President Jacob Zuma, who is serving a 15-month-jail term at Estcourt Prison, has been placed on parole.

The Constitutional Court sentenced Zuma for contempt of court after he refused to testify before the state capture commission of inquiry chaired by Deputy Chief Justice Raymond Zondo.

Zuma has only spent two months of his 15-month-jail term in prison.

Businessman and Zuma’s former close associate Schabir Shaik was also released on similar parole after he was sentenced to 15 years for corruption in 2005.

Shaik was released on medical parole in 2009, two years after Zuma ascended to the country’s presidency.

Correctional services spokesperson Singabakho Nxumalo said a section of the Correctional Services Act, affords the national commissioner Arthur Fraser a responsibility to place under correctional supervision, or day parole, or grant parole, or medical parole to a sentenced offender serving a sentence of incarceration for 24 months or less.

“Fraser is also empowered to prescribe conditions of parole. Medical parole’s eligibility for Zuma is compelled by a medical report received by the department. Apart from being terminally ill and physically incapacitated, inmates suffering from an illness that severely limits their daily activity or self-care can also be considered for medical parole.

“The risk of re-offending of released inmates must also be low and there must be appropriate arrangements for the inmate’s supervision, care, and treatment within the community to which the inmate is to be released to,” said Nxumalo.

Nxumalo added that medical parole could only be revoked if an offender does not comply with the placement conditions.

“We want to reiterate that placement on medical parole is an option available to all sentenced offenders provided they meet all the requirements. We appeal to all South Africans to afford Zuma dignity as he continues to receive medical treatment,” said Nxumalo.