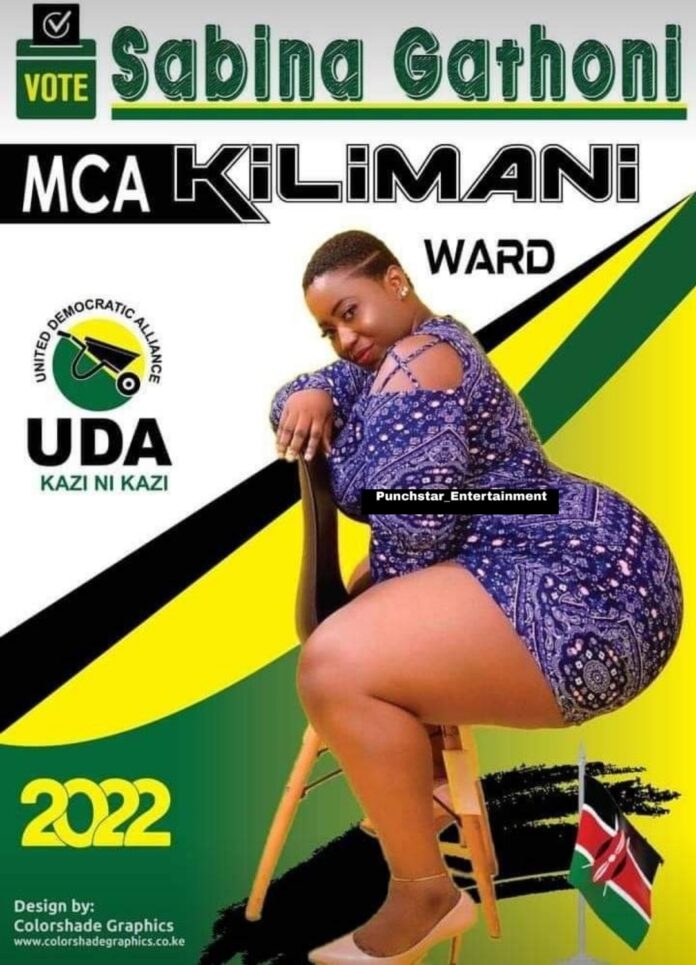 An alleged aspiring female politician Sabina Gathoni in Nairobi is reportedly solidifying her support base around Kilimani area with an aim of becoming the next Member of County Assembly MCA.

The creative Lady Sabina Gathoni has come up with a controversial poster that will see all city hyenas throng into polling stations to vote her into office in 2022 under a newly formed political party United Democratic Alliance (UDA).

From the photo which many described as too sexy for politics, Gathoni is not ashamed of showing off that what men can do women can also do the same and even more.

The party poster has since been met with mixed views as some argues that the lady is taking politics into soft p*n. Some argues that dressing should not be mistakened to someone’s behaviour or intention but women are actually slowly showing that they can also be involved in politics and also freely express themselves to the nation.

United Democratic Alliance (UDA) is a Kenyan political party. … The party came into the Kenyan limelight in January 2021 and is linked to politicians allied to Dr. William Ruto, the sitting Deputy President of Kenya