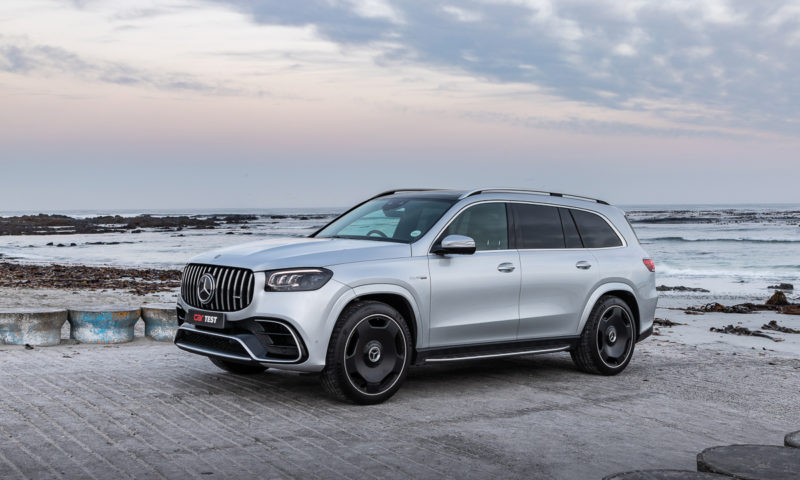 It’s almost unfathomable that Hans Werner Aufrecht and Erhard Melcher the two German engineers who tweaked the Mercedes-Benz 300 SE racing engine more than 50 years ago would one day see their AMG stamp of approval on the rump of a GLS. Although, Mercedes-Benz’s first AMG-badged SUV, the ML 55, launched before the turn of the century, so it’s nothing new. Mercedes has provided the two previous generations of the GLS with AMG power, too. The S-Class of SUVs is how the local dealer principal will market it and truth be told, it is crammed with all the latest cutting-edge tech and toys offered by the Three-pointed Star.

The X167-designation GLS, which shares its modular architecture with the smaller GLE, sits in its ivory tower as the flagship Mercedes SUV. Power is transmitted via the brand’s 4Matic all-wheel-drive system and it features the Mercedes-Benz User Experience (MBUX) system that takes some getting used to, but is wonderful to operate once you’ve got the hang of it. Two 12,3-inch screens house the instrument cluster and infotainment system. Despite being an SUV, true to form, this AMG features a sub-menu showcasing any and all performance data like a lap and quarter-mile timer. Anyone going for a school-run record?

Between the GLS’ massive grille with 15 louvres, blistered wheelarches and mammoth optional 23-inch black monoblock wheels proudly wearing the largest Michelin Pilot Sport 4S tyres in Christendom, the styling is imposing and in your face. Unimaginably, the rubber measures 285/40 upfront and 325/35 at the rear, the result is a significant contact patch to the asphalt. No bad thing when you’re trying to keep this 2,6-tonne leviathan right-side up.

The lower air dams feature huge intakes that give the front an almost whale shark-like look. The rear is defined by LED taillights and a diffuser housing quad chrome-tipped tailpipes engraved with AMG in case you weren’t aware by now. On a vehicle of such bling, chrome features prominently and finds its way onto the door handles, roof rails, and window frames.

Inside, there’s an Alcantara-wrapped multifunction steering wheel and supportive AMG leather sports pews with heating and cooling. A massage function is offered for the front seats with the rear passengers also benefiting from Nappa leather.

Causing the racket from the tailpipes is AMG’s well-proven  4,0-litre twin-turbo petrol engine.  In a first for the brand, the GLS 63 is the first SUV to get Merc’s 48 V   EQ Boost hybrid system. Engineers placed the electric motor-generator between the engine and the transmission. It assists with an additional 16 kW in short bursts and powers some of the ancillary systems, too.

Quoted power is 450 kW and 850 N.m and bearing in mind the GLS 63 tipped our scales at 2 688 kg, it was still able to record a zero to 100 km/h sprint of 4,47 seconds, only slightly slower than its claimed time of 4,10 seconds. Nevertheless, it’s rapid off the line considering its heft and purpose.

It has five configurable drive modes: Comfort, Sport, Sport+, Trail and Sand. The most docile setting (Comfort) is where the GLS instantly feels most at home; it simply cruises effortlessly and quickly without fuss. Sport and Sport+ hike up the revs and turn up the exhaust volume. It almost feels silly that paddle-shifters for the 9G tronic are located on the steering wheel. They are there in case the need arises to override the ‘box and pretend you’re Lewis Hamilton on a qualifying run.

Speaking of ride, the standard air suspension and AMG ride control is a piece of sophisticated technology that monitors the road surface constantly and duly alters the suspension. From the driver’s seat, the GLS 63 offers plenty of grip from its massive tyres and all-wheel-drive system but, conversely, suffers from body roll as a consequence of its high centre of gravity. This car is better off enjoyed by mashing the throttle in a straight line to experience the startling acceleration coupled with the yumminess of the V8 rumble and pliant ride in Comfort mode. Dynamically, it doesn’t have the tightness or precision we’ve come to expect from other AMG products. But it is wonderfully intoxicating all the same.

The elephant in the room is that the Mercedes-Maybach GLS 600 is more or less the same vehicle for around R240 000 less. We haven’t tested it yet but it’s rarer than its sibling, arguably more prestigious and likely to be a more resolved conveyance without the cheesy AMG laptimers.

We wonder if Aufrecht and Melcher would turn their noses up at the thought of a seven-seat family SUV sporting the AMG nomenclature? It was always going to suffer a dynamic handicap owing to its massive mass and size; yet, the positive points are its plush ride and the smoothness of the 4,0-litre V8 engine. If a big German V8 seven-seater is what your heart is set on, the GLS 63 is in a class of one. Uhm, make that two, along with its Maybach sibling.