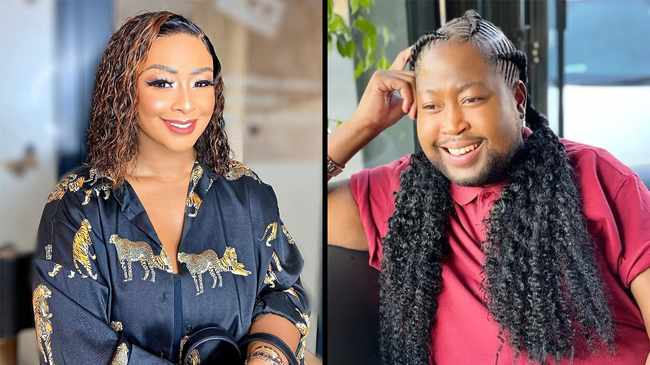 Shocking audio of a physical altercation between media personality Boity Thulo and the Zimbabwean born Gay Activist Bujy Bikwa has revealed what happened the night Boity was rushed to hospital.

Following reports last week, Boity confirmed that she was assaulted and revealed that she had opened a case with the police following the incident.

In a statement released on Saturday, the “Wuz Dat” hitmaker revealed that she had opened a case against the offender without disclosing their name.

“It is with deep sadness to state that I was indeed an unfortunate victim of a vicious physical assault and that I have since opened a case against the culprit, which I am following with keen interest.

“I do not wish to comment on this matter any further (at this time),” read the statement.

“I respectfully request some space as I try to find a way to heal both physically and emotionally from this traumatic experience.”

She also went on to say that she had faith in the justice system and asked her followers on social media to “stand firmly against GBV”.

In the audio that was shared with The Citizen and then posted on social media, Bujy and Boity can be heard berating and insulting each other.

The insults occurred after Boity, who is also a sangoma, started giving unsolicited readings.

“Is this how weak you are? With such aggressiveness?” Bujy asks Boity in the clip.

“I’m a bigger person than him. Everyone thinks he’s like… no one. No one knows (s) who he is,” says Boity in the clip.

“He’s like a nobody. Every time he shows up anywhere, why is this guy even around?” she adds.

Someone can then be heard referring to Sodom and Gomorrah before Bujy calls Thulo’s ancestors fake.

“O tswasitse masepa, my love!” shouts Bujy at Boity. He then accuses her of lying and refers to her mother’s genitals.

“This is still okay, let’s see where your career goes!” replies Boity.

The people in the audio clip can then be heard shouting “no” in a moment that sounds like a reaction to Bujy emptying his drink all over Boity. He tells the crowd that he can do it again because “nobody says such bullsh**”.

The sounds of bottle breaking and screams can then be heard before someone yells “that’s a cut” and “guys, can we defuse this?”

Following the incident, Bujy reportedly spent the weekend at a Johannesburg Correctional Centre and appeared at the Midrand Magistrates Court on Wednesday morning.

BUJY CONFESSES TO THROWING A GLASS

Bujy explained his side of the story saying that he was told his surname is the reason his career is not growing.

“I was verbally abused and told my surname has no relation to who I am and because of that, that is why my career is not going anywhere in terms of growth, in-fact ‘what is it that I do in the media industry because I’m actually nothing!’,” he continued.

He went on to claim that he was physically assaulted as well.

“During a verbal confrontation, I was then physically assaulted, kicked, and punched while being told that ‘I’m a man, I must take it. The pain and suffering of having to let a woman abuse me verbally and physically while trying to contain myself and holding her hands to stop were not enough until the witnesses managed to defuse the situation,” he added.

South Africans took to social media to react after the photos started trending on social media. Here are some top reactions: