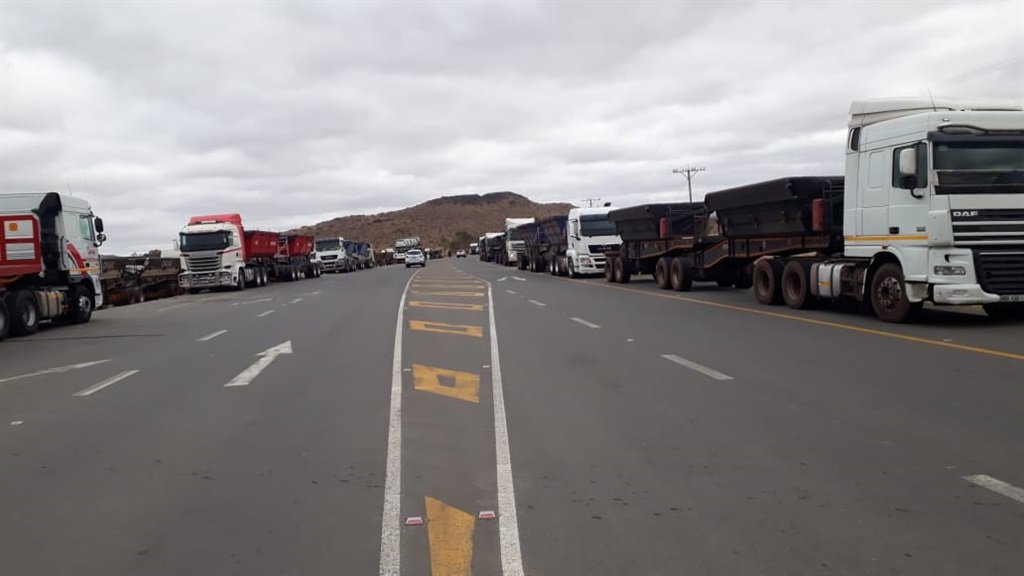 Truck drivers in the Eastern Cape have agreed to give the government seven days in which to address their concerns or face protests.

The truck drivers have vowed to continue to blockade the entry points from Colesburg over their dissatisfaction with the employment of foreign nationals as drivers.

Employment and Labour Minister Thulas Nxesi and Transport Minister Fikile Mbalula have pleaded with them to re-open the N9 road at Middelburg.

The truck drivers’ blockade which started on Sunday, prompting the two ministers’ urgent intervention. Nxesi has suggested the formation of a committee to facilitate negotiations. The truck drivers’ spokesperson is Lungile Toyi…

“We as SA drivers have decided to give 7 days the minister is demanding but in that 7 days we’ll remain in this position until he fixes whatever issue needs to be fixed but we’ll remain here as truck drivers.”

The South African National Cargo Transport Drivers Association says it will intensify its protest action should the government not de-register all foreign truck drivers.

The association claims South Africans are being marginalized and that trucking companies prefer foreign drivers who work for cheaper rates.
On Tuesday, members of the association protested outside the offices of the National Bargaining Council in Johannesburg.