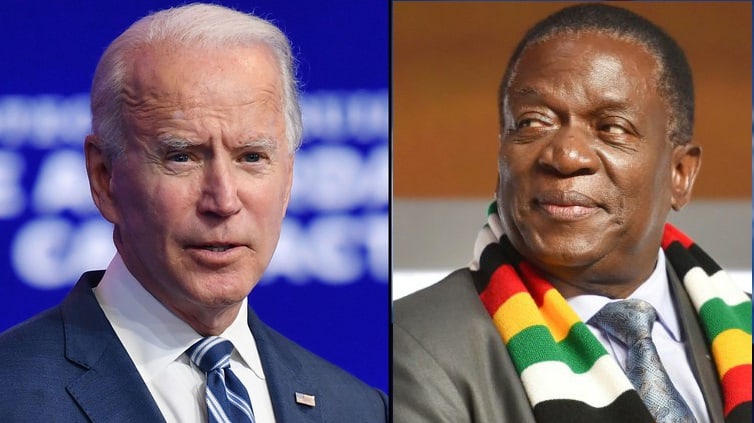 THE United States (US) and Britain yesterday accused President Emmerson Mnangagwa of hiding behind a finger by blaming sanctions for his misrule and rising corruption, economic mismanagement, failure to respect human rights and uphold the rule of law.

Their statements came as the government and Zanu PF rallied supporters to hold choreographed events countrywide to protest alleged sanctions by the West. Yesterday’s protests were also seen as an attempt to put up a show for the United Nations Special Rapporteur on Sanctions, Alena Douhan, who is in the country on a 10-day visit to assess the impact of the sanctions on ordinary Zimbabweans.

But the US and Britain yesterday maintained that Mnangagwa’s government was using sanctions as a scapegoat for failure to run the economy and to distract citizens from scrutinizing his misrule.

“Blaming sanctions is a convenient scapegoat to distract the public from the real reasons behind Zimbabwe’s economic challenges — corruption, economic mismanagement, and failure to respect human rights and uphold the rule of law,” the US said in a statement yesterday.

“Billions of dollars have been lost due to decades of corruption and harmful economic policies which have culminated in the current economic crisis. Zimbabwe has had both prosperous and difficult years during the life of the targeted sanction program. Implementation of economic and political reforms is the key to  improving Zimbabwe’s trajectory.”

The embassy said the Zimbabwean government as a whole was not subject to US sanctions, but only 83 individuals and 37 companies in a country of over 15 million were targeted.

“The US government can lift sanctions under various circumstances, for example, when sanctioned individuals or entities stop engaging in the behaviour that landed them on the sanctions list in the first place. The Zimbabwe sanctions programme only targets those who engage in corruption, violate human rights, and undermine democratic processes.

“They are not intended to be permanent. We use sanctions to encourage sanctioned individuals to cease their malign activities. There is no US trade embargo on Zimbabwe. If an individual or entity is not on the sanctions list, US companies can trade with that individual or entity. In fact, the US embassy is here to help Zim businesses find trusted US partners for their needs.”

The US said it was not an enemy to Zimbabwe, but was using sanctions to leverage political and economic reforms, and human rights observation.  It said it had all along supported Zimbabwe’s health and education sectors, as well as several aid interventions which amounted to several billions of dollars.

In a statement, the British embassy also stated that trade between the UK and Zimbabwe was US$244 million during the last financial year.

“UK sanctions are asset freezes and travel bans on five Zimbabwean individuals for corruption and rights abuses. They don’t stop trade. Let’s get this straight: the UK imposed asset freezes and a UK travel ban earlier this year on five individuals for corruption and serious human rights abuses. The UK has no economic sanctions on Zimbabwe #itsnotsanctions,” the British embassy tweeted.

“The facts: trade between the UK and Zimbabwe was US$244 million last year, with Zim exports to the UK reaching US$55 million. The UK and Zimbabwe have a bilateral trade deal which gives Zimbabwe duty and quota-free access to UK markets,” it said.

US President Joe Biden renewed sanctions against Zimbabwe for another year in March this year, saying Mnangagwa’s administration had not made the necessary political and economic reforms required to foster rule of law, democratic governance, and protection of human rights, that would warrant removal of the targeted measures.

In a statement to mark the protests, Malawi President Lazarus Chakwera, who is also Sadc chairperson, said they disapproved of sanctions as they constrained the country’s economic recovery, human security and sustainable growth.

“The sanctions increase the perception of Zimbabwe being in a high-risk profile category, thereby diminishing the credibility of investment and investor confidence, while exacerbating investment risks. This further diminishes the country’s prospects of obtaining impactful FDI (foreign direct investment) and serves as a deterrent for economic emancipation, growth and stability,” Chakwera said.

At the anti-sanctions event in Harare, Zanu PF secretary for external relations, Simbarashe Mumbengegwi said independent estimates showed that the country lost over US$42 billion over the past 20 years due to sanctions.

“Any unilateral measures taken by an individual State without the authorization of a UNSC resolution are illegal under international law because they infringe upon a State’s right to economic and social development,” he said.