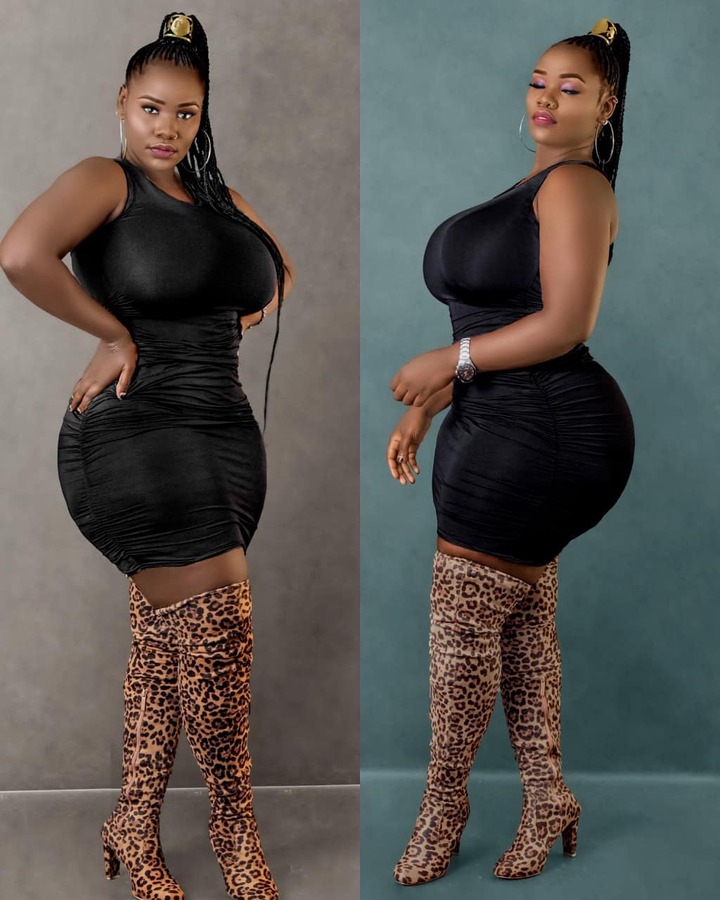 Yvonne Atieno Otiende who goes by her stage name – Yvonne Shanneyz, is a multi-talented Afro-zouk artist, a songwriter, a great vocalist, and a model. She got into the music industry in the year 2014 through Roy Captain’s Super Squad Band as a female vocalist… Her vocal prowess earned her a great fan base who would always pay to see her perform live at the band’s concerts.

Her prowess was noticed on the track, Mama Nyara mba titled debut album titled Mon Amour. This is her debut eight-track album, which contains other tracks like Nipe Mapenzi, Asembo Siaya, and Collins Omondi. In 2018 she featured in a Nollywood movie Escape which dominantly features Nigerians, so has a Cameroonian actor in the cast.

Among the Nigerians are Chris Onyenso, Michael Okon, Treasure Obasi, Stephen Onyenso, and Cameroonian Syndy Emade. Yvonne was outstanding in her role as she is among the few Kenyans who double as actors and musicians, and have taken part in Nollywood movies, and ever since she has been growing in an international start with her Instagram account exploding to 100K followers by the time of writing this piece.

Its now official, NATO has added Finland and Sweden as new members to its might military alliance