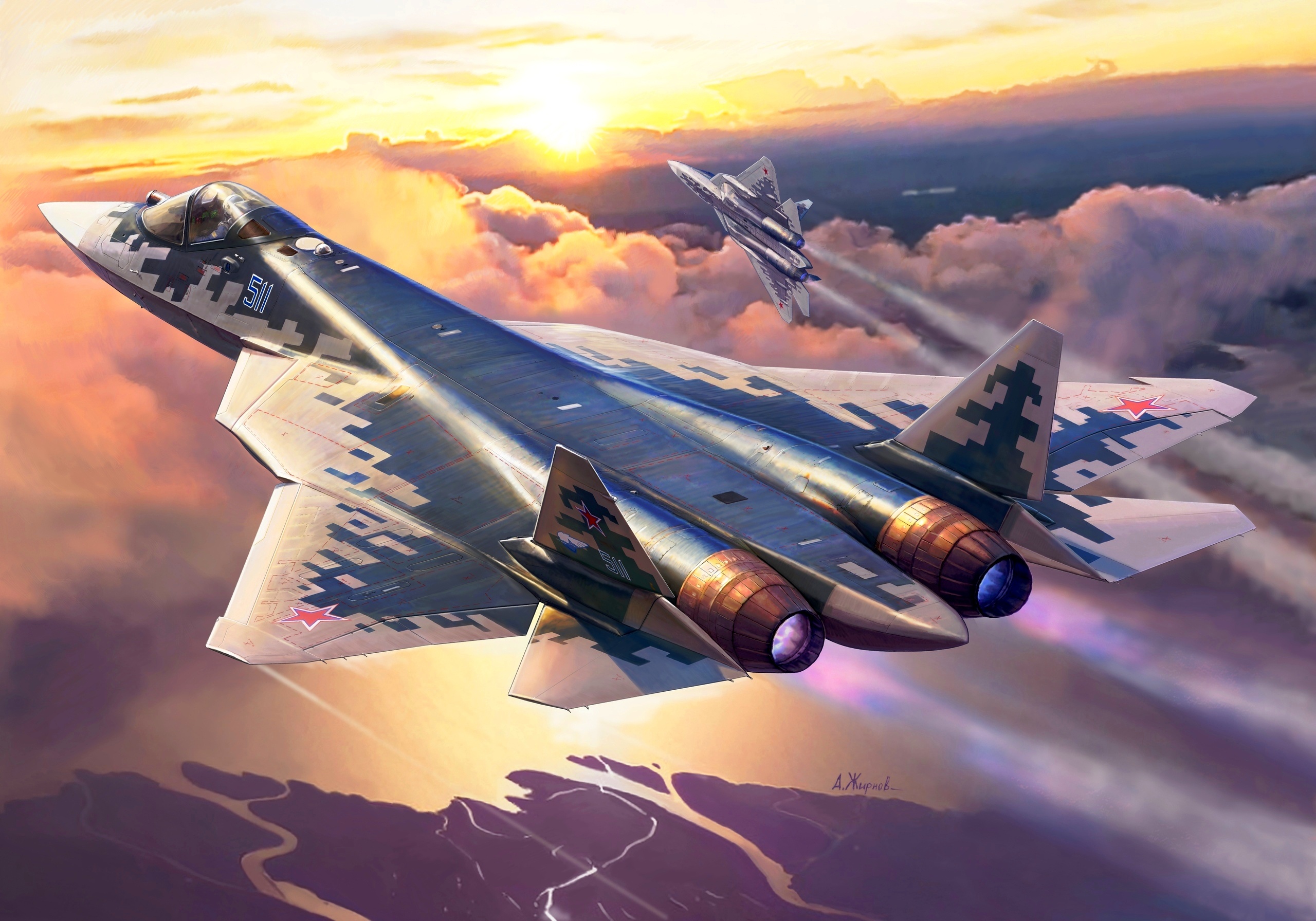 Home Uncategorized The reason why most countries are afraid to go to war with...
Facebook
Twitter
WhatsApp
Email
Print
Telegram

Russia just like China has been naught of late, taking other people’s countries, smuggling minerals, and funding illegal poaching but rarely are these countries held accountable for their Neanderthal acts. Just in 2014, Russia took a whole province of Crimea from Ukraine and nobody said a word.

They send soldiers to Libya and Syria as well as other Baltic nations such a Belarus and commit human atrocious. But why Russia is dreaded by many countries? There are only two-word answers “Military power”. In this article were are going to look at one weapon in particular that made Russia look so powerful in the eyes of many potential adversaries, enter Sukhoi Su-57.

The Su-57 (formerly “PAK FA” and “T-50”) is currently in development with the storied Sukhoi OKB, a Russian aircraft firm granted origins in the dark days of World War 2 (1939-1945) and has since contributed many designs to the Soviet Air Force and Army in the Cold War years following. The Su-57 is categorized as a “Fifth Generation Fighter” recognizing that it will make use of the latest aviation technology, radar-absorbing materials, and weaponry to provide for excellent performance, agility, and response for the unseen conflicts ahead.

As a Fifth Generation fighter, the Su-57 is challenging the realm currently dominated by the American Lockheed F-22 “Raptor” air superiority fighter – the world’s first 5th gen fighter aircraft. The arrival of the T-50 introduces a second player to the once exclusive “Fifth Generation Club”, owned wholly by the United States, while China continues the development of their own indigenous 5th gen fighter across the Pacific.

In Russian, “PAK FA” translates to “Future Air Complex – Tactical Air Forces”. The Su-57 has been developed somewhat jointly through a partnership between Russia and India to which India has contributed as much as 35% to date. The Indian intent is to benefit from the program by procuring their own PAK FA-based 5th gen fighter in the coming decade.

Serial production for the T-50 is slated for 2015 and the first public unveiling of the prototype was shown during the MAKS 2011 Air Show just outside of Moscow in August of 2011. Four prototypes have been completed to date (2013) with a fifth under construction. State trials are expected for 2014.

The Su-57 makes use of radar-absorbing materials to achieve its stealth as well as onboard counter systems and structural design. The engines allow for supercruise travel, achieving supersonic flight without the need for thirsty, radar/missile-attracting afterburner (also known as “reheat”).

The advanced Active Phased Radar Array (APRA) system is being developed by the Fazatron-NIIR Corporation and will offer both forward-looking and side-scanning capabilities – similar in scope to the Irbis radar found on the Sukhoi Su-35BM Flanker. The complete system (involving multiple linked radar systems) is being tested on an existing aircraft (though not a T-50 prototype).

Capabilities will allow for the tracking and engagement of multiple targets simultaneously, be they ground- or air-based. The cockpit will be “all-glass” in nature and digitally-minded compared to any previous Russian offering. The onboard computer network will actively work to correct in-flight stability issues and help the pilot by reducing workloads.

The wings have been given leading-edge flaps which handle lift at higher angles of attack while being completely adjustable as the aircraft’s speed dictates. Ailerons will support low-speed flight and handling while flaperons will assist in a low-speed lift on approaches or take-off.

Thrust-vectoring will be standard and allow for the required agility. Authorities cite a maximum speed of approximately Mach 2 (1,330mph) while cruising will be at 1,120mph. The listed ferry range is 3,400 miles with an operational service ceiling of 65,000 feet. The airframe will support forces of up to 9g. The PAK FAs original listed speed was Mach 2.35 which was then reduced to Mach 2.1 and, ultimately, Mach 2.

Largely under wraps as of 2013, the Su-57 is presumed to support existing and in-development air-to-air and air-to-surface ordnance (the T-50 prototype is not outfitted with weapons at this point). The standard armament will be one or two 30mm GST-301 series cannons. Six internal hardpoints will be available as well as up to six external hardpoints.

The internal hardpoints will be set across the two (perhaps four in finalized production forms) internal weapons bays found under the fuselage. There has been confirmed support for the Kh-35E (AS-20 “Kayak”) anti-ship missile, the R- 77 RVV-MD (AA-12 “Adder”) air-to-surface missile, the Kh-58UShKE (AS-11 “Kilter”) anti-radiation missile, and the Kh-38ME air-to-surface missile. Of course, these are in-service missiles that will greet the Su-57 during its early operational years. It is expected that specially-developed munitions will come online into the next decade exclusively for use in the Su-57 family.