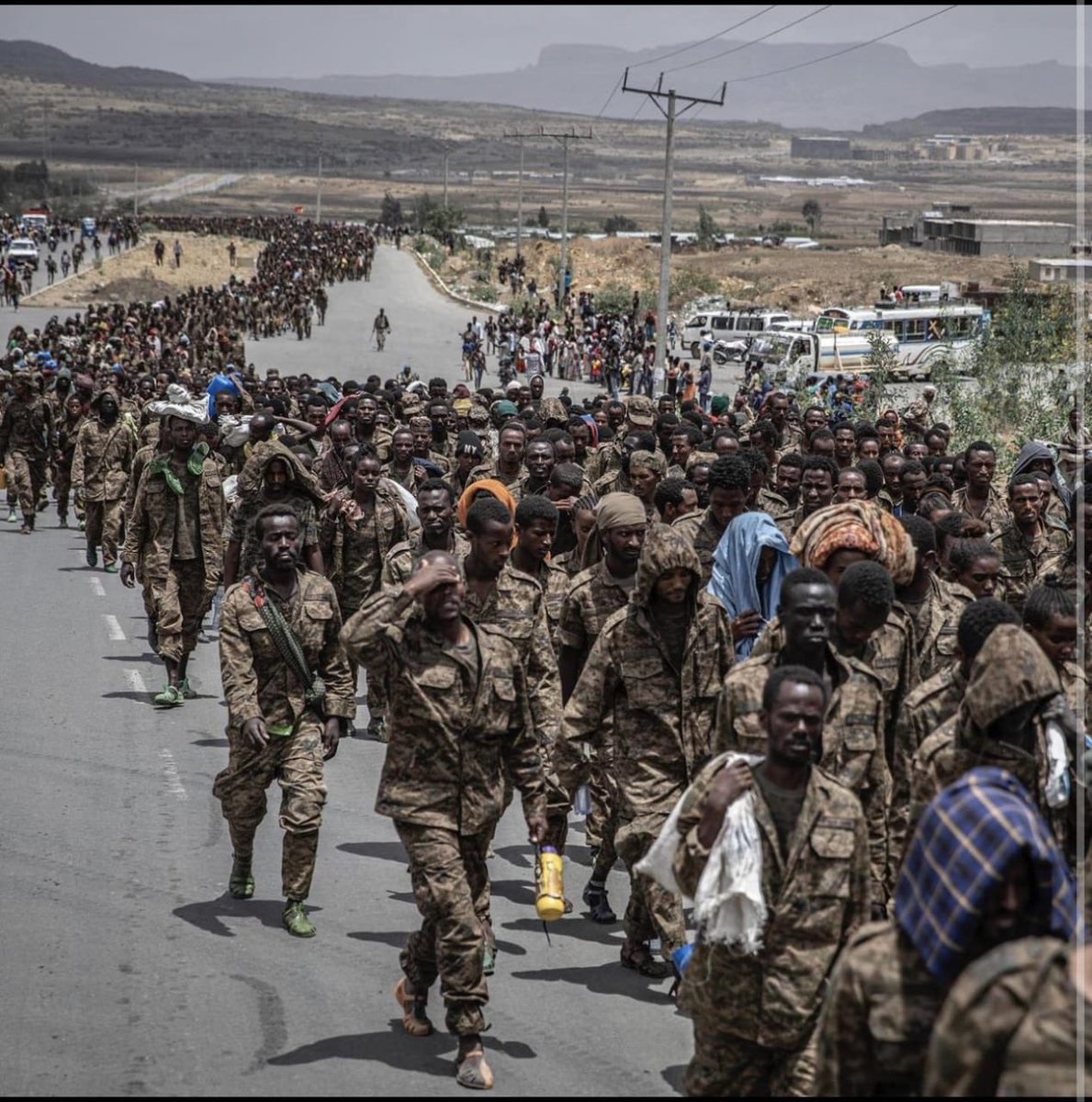 Home NEWS We will bury the enemy with our blood and bones: Another African...
Facebook
Twitter
WhatsApp
Email
Print
Telegram

Its the home to African Union headquarters and one of the only two countries that were never colonized. In such a dire situation, the senior diplomats and mediators will be heading to Ethiopia to negotiate for a peaceful settlement. To highlight the irony or the follies of the international community, the Prime Minister who started the war was a recipient of the Noble Peace Prize just two years ago

Ethiopian government forces and their allies have been fighting against the Tigray People’s Liberation Front (TPLF), the ruling party of the country’s northern region, for just over a year. But the conflict has developed rapidly after the Ethiopians suffered a series of losses since June, and the TPLF has recruited more allies to its cause.

Far from winning the war easily, as he predicted, Abiy is staring at the possibility of defeat and even loss of power. Jeffrey Feltman, the US special envoy to the Horn of Africa, arrived in Addis Ababa on Thursday for what looked like a last-ditch attempt to stop the war from spiraling further out of control.

The war that has killed thousands of people and displaced millions since November 2020 threatens to engulf Ethiopia’s capital, Addis Ababa. Tigray forces seized key cities in recent days and linked up with another armed group, leading the government of Africa’s second-most populous country to declare a national state of emergency with sweeping detention powers.

The Ethiopian government has called the fight against former government soldiers and volunteers from the country’s Tigray region an “existential war,” and Prime Minister Abiy Ahmed, who won the Nobel Peace Prize two years ago, has vowed to “bury this enemy with our blood and bones.”

Prime Minister Abiy Ahmed is under siege as the rebels threaten to take over the country in less than a day just like the Taliban did in Afghanistan just three months ago.