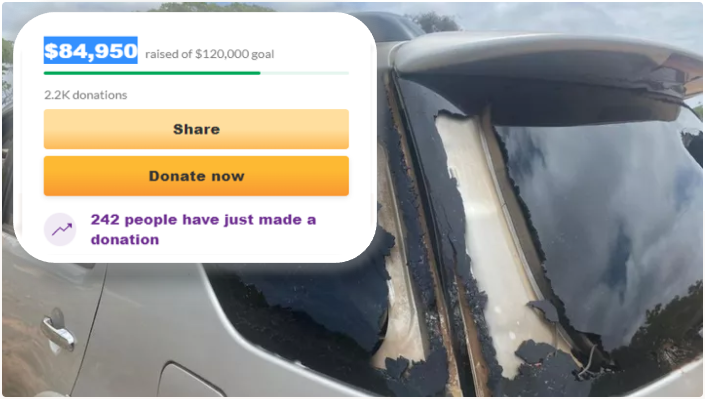 Zimbabweans across the globe are joining hands in fundraising an armored car for the opposition leader Nelson Chamisa to use in the upcoming by and general elections. The initiative was started by T Basvi after some attacks on the cars of the opposition leaders when they were conducting citizens interface across the country.
So far $84,950 has been raised out of 120 000 targets with an average of 2.2 donations.

I have joined other citizens to set up an initiative to support Safety for Nelson Chamisa. The initiative will be registered in the USA and is led by an audited committee.

It is clear that the regime wants  to continue to frustrate democracy by attacking the main opposition  .
The  recent attacks (described below) showed that the regime wants to injure or cause serious harm to Adv. Nelson Chamisa.
As diaspora community of Zimbabwe (and friends) we want to send a clear message of solidarity by replacing Advocate Nelson Chamisa’s vehicle which was destroyed during the recent attacks  orchestrated by the regime in Masvingo.
Together  as the diaspora community we felt this is one way we  can support the democracy agenda from afar.

WHAT WE INTEND TO DO
Nelson Chamisa  has received countless merciless attacks by from ruling party, aided by the government security sector.
On 11th October 2021, his motor vehicle convoy was ambushed and attacked by a marauding group of the ruling party’s youths, an attack which left his vehicles damaged and many of his aides seriously injured and hospitalized. The convoy was on its way to engage rural community to understand their issues in the aftermath of the pandemic’s 3rd wave.
As we draw closer to 2023  we foresee a likelihood of increased attacks on him and other aides  in the run up to 2023.

As concerned global citizens, we have come up with this initiative to raise funds for the purchase of an amour plated vehicle as well as security apparel for his safety and security