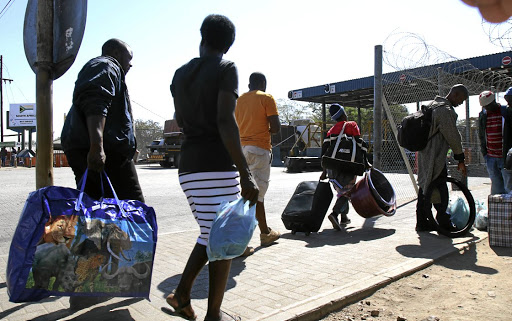 The South African government has resolved not to extend special permits to Zimbabweans but has given beneficiaries of the previous scheme an a-12-month grace period to regularize their stay or face deportation.

South Africa’s Minister in the Presidency Mondli Gungubele told a post Cabinet media briefing on Thursday that the Zimbabwean permits will no longer be extended at the end of the year.

“Following its deliberations, Cabinet has decided to no longer issue extensions to the Zimbabweans and special dispensations,” he said. “However, Cabinet decided on a 12 months grace period at the expiry of current exemption permits. In this period holders of this permit should apply for other permits appropriate to their particular status or situation.

“At the expiry of this grace period those who are not successful we have to depart the Republic of South Africa or be deported,” said Minister Gungubele. Zimbabweans have benefitted from special permits since 2009 when the Dispensation of Zimbabweans Project (DZP) was introduced.

DZP was aimed at regularizing Zimbabweans residing in the neighboring country to reduce pressure on the asylum management system. The permits expired in 2014 before South Africa introduced the Zimbabwe Special Permit (ZSP), which lapsed at the end of 2017.

Zimbabweans based in South Africa had been eagerly waiting for the South African Cabinet to make pronouncements regarding the issue of permits. Others had even taken the South African government to court demanding that they be provided with a permanent residence status.