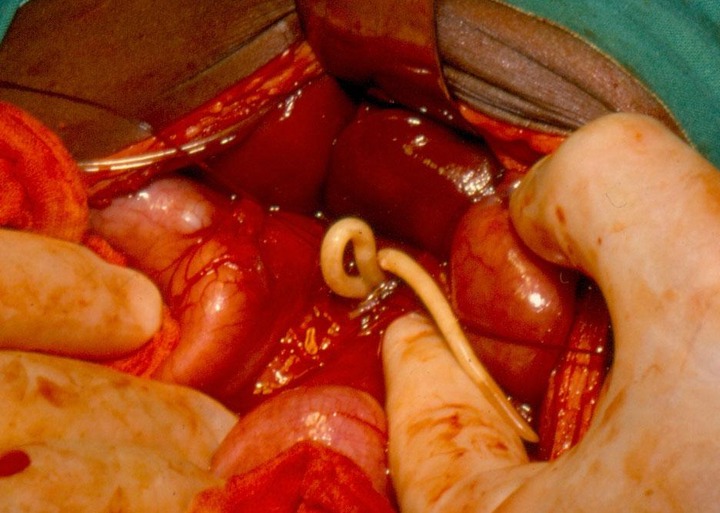 Home HEALTH If You Notice These Signs In Your Body, Then You Need To...
Facebook
Twitter
WhatsApp
Email
Print
Telegram

Intestinal worms can cause many symptoms in the body, some of which are similar to the symptoms of other gut disorders. A quick and thorough diagnosis is crucial in each case to avoid complications. There are general symptoms that apply to all worm infections such as:

But there are also specific symptoms that apply to a particular type of worm such as:

Ascariasis is a roundworm infection of the small intestine caused by Ascaris lumbricoides. The worm is usually found in human feces and is transmitted due to poor hygiene from hand to mouth.

Trichinosis is the third most common roundworm that infects humans. Humans get trichinosis by eating undercooked meat that contains larvae.

Hookworm is a type of roundworm that passed through human feces into the ground. It is transmitted into the host body while walking barefoot on soil infested with hookworm larvae, which pierce through the skin.

Tapeworm is a flatworm and looks like a long, white ribbon. These can grow up to 24 meters long and live in a human host for up to 30 years.

Pinworm infestation is the most common roundworm infection. Pinworms are white, tiny, thread-like worms that live in the rectum. The female worm crawls out of the anus at night and lays eggs in nearby skin causing a terrible itch.

Flukes are a type of flatworm that is transmitted to humans through drinking contaminated water as well as eating watercress and other freshwater plants raw.

Some over-the-counter medicines kill pinworms. Your doctor also could prescribe you an anti-parasite medicine. The most common one is albendazole. Everyone in your family should be treated — even if they don’t have symptoms. Two doses are often needed to ensure the infection is gone for good.