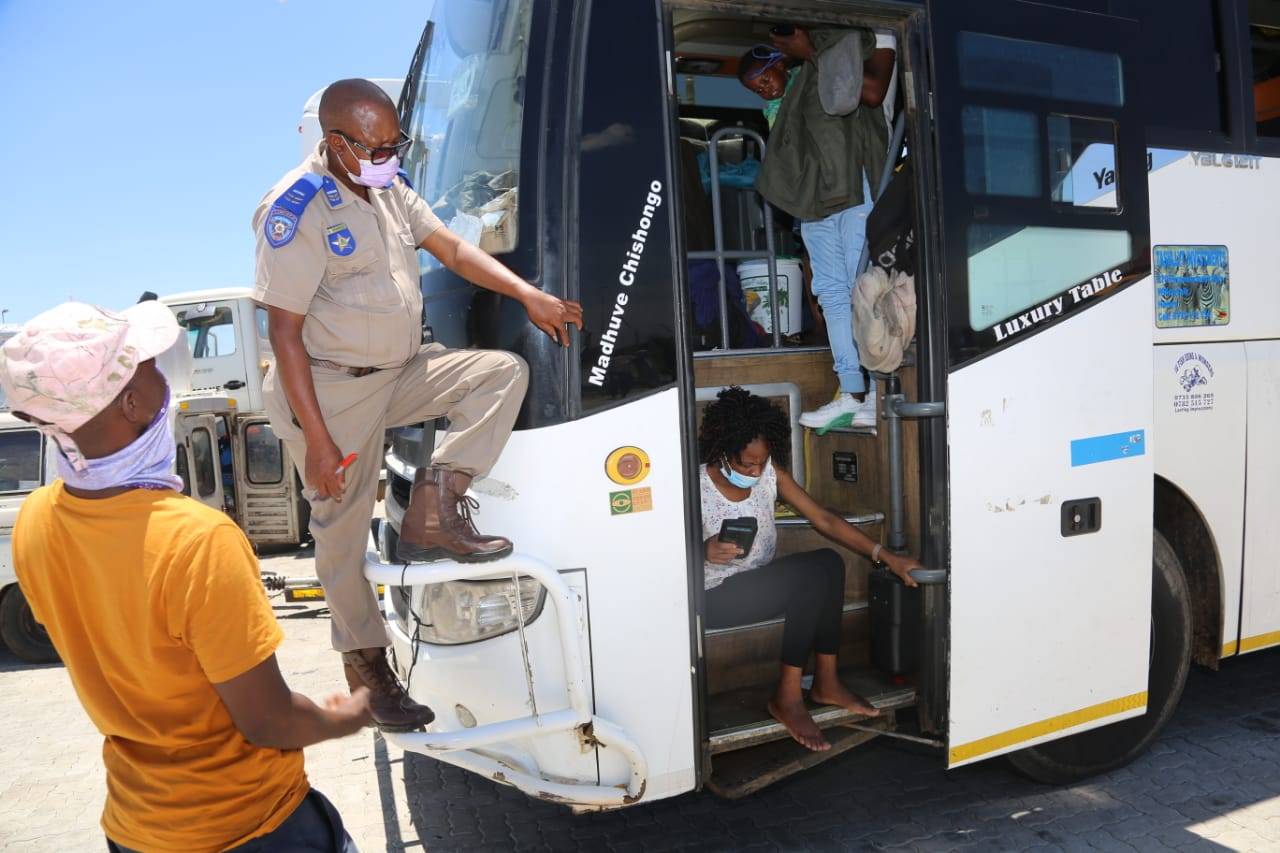 The Provincial Public Transport Unit has today detained a bus that was found carrying more passengers, almost twice it’s loading capacity along the R521 near Makgodu in Moletji in the Capricorn District.

According to the Spokesperson of Transport and Community Safety Mike Maringa, the bus was escorted by a team led by traffic officials to Polokwane Weighbridge for thorough inspection.

It is said that it was established that the bus was:- using an unauthorized route;- carrying 101 passengers, 40 above its maximum loading capacity;- 3 ton 640kg overweight;- traveling from Cape Town to Zimbabwe. Summons were issued, pertinent to the transgression as established.

According to the bus driver, they left Cape Town on Sunday evening and were expected to arrive in Zimbabwe on Wednesday morning. Limpopo Transport and Community Safety MEC, Mavhungu Lerule-Ramakhanya said he has commended the sterling work by traffic officers.

The MEC says public transport is the main focus for this festive season and cannot allow operators to gamble with passengers’ lives. “We have said that during during launch that no public transport is going to be allowed on the road when it does not comply” MEC Ramakhanya said.