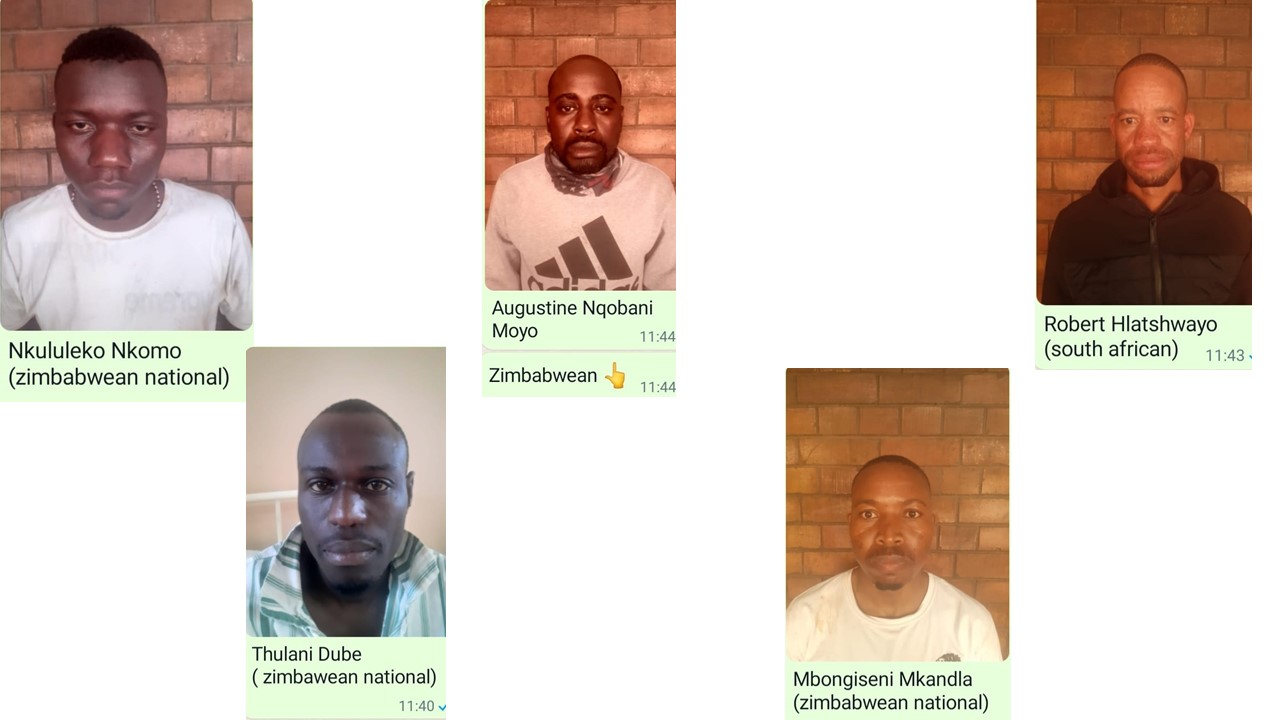 Gauteng police have launched a manhunt after six prisoners awaiting trial escaped from custody on Friday morning. It was reported that the truck in which they were being transported was ambushed by three armed men who set free these prisoners.

They ambushed the police vehicle at the corner of Barry Marais and Rondebult while it was en route to Vosloorus. The prisoners were going to court for armed robbery, attempted murder, and firearms charges. The sixth prisoner was going to court on shoplifting charges and perhaps was just freed but was not part of the plan.

Five of these are Zimbabwean nationals while one is a South African national. There names are Thulani Dube, Augustine Moyo ,Nkululeko Nkomo, Robert Hlatshwayo, and Mbongiseni Mkandla.”