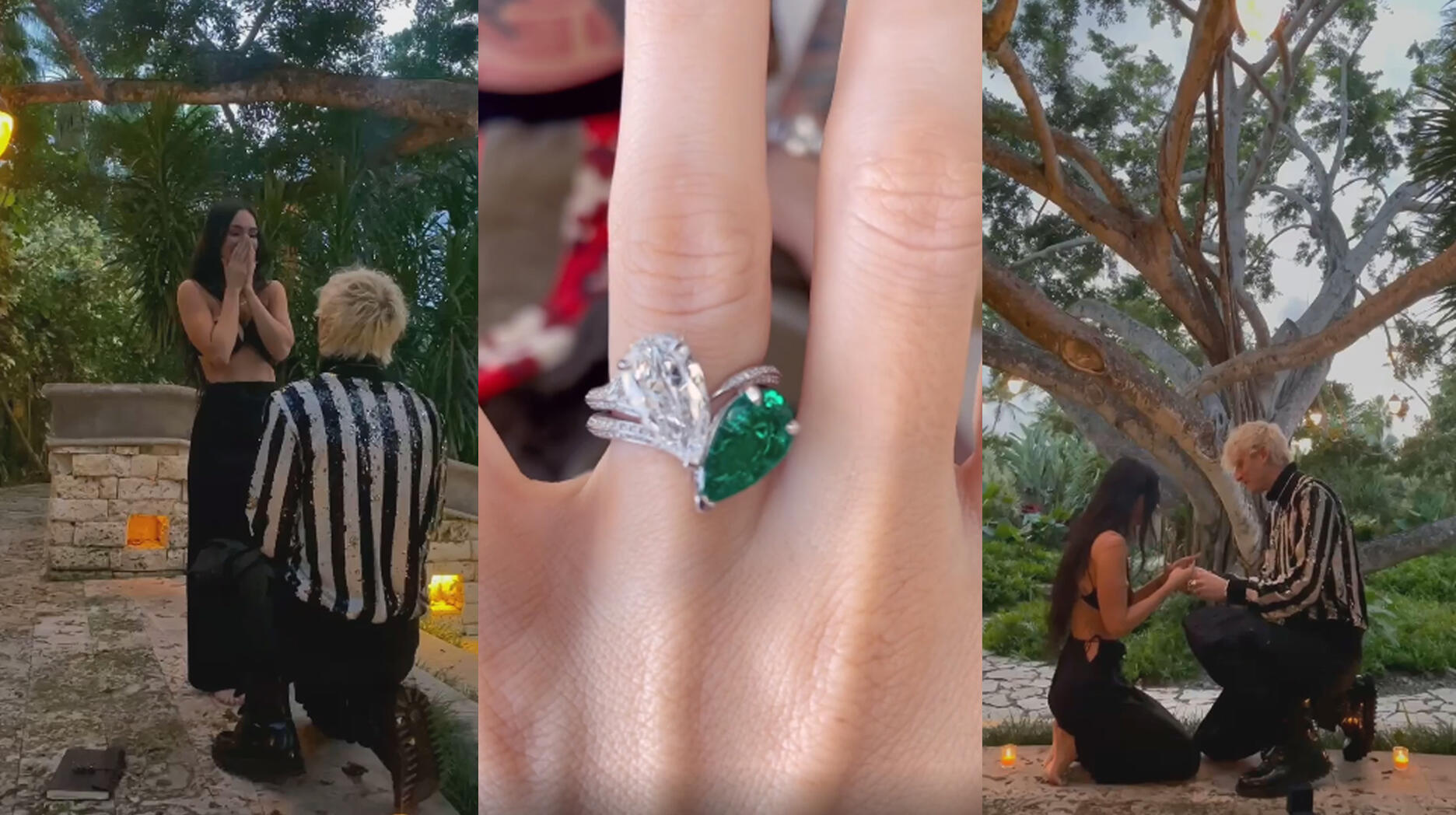 The “My Bloody Valentine” rocker recently asked the “Transformers” star for her hand in marriage after they started dating in 2020, and Megan claimed the loved-up pair “drank each other’s blood” to celebrate.

Now, MGK has revealed more details about the unique ring he proposed with, which features their birthstones emerald and diamond and has thorns for bands, which could cause the 35-year-old actress to shed even more blood if removed.

In an interview with Vogue, the pop-punk star – whose real name is Colson Baker – said of the custom design: “It’s a thoroughbred Colombian emerald, with no treatment. It was just carved into the teardrop, straight out of the mine.

“And the diamond was directly from [designer] Stephen [Webster].”

He added: “The concept is that the ring can come apart to make two rings. When it’s together, it’s held in place by a magnet. So you see how it snaps together? And then it forms an obscure heart, and you see this right here? The bands are actually thorns. So if she tries to take it off, it hurts…”

MGK then insisted: “Love is pain.”

In a previous Instagram post, the 31-year-old rapper shared a close-up look at the ring and explained: “i know tradition is one ring, but i designed it with Stephen Webster to be two.

“the emerald (her birth stone) and the diamond (my birth stone) set on two magnetic bands of thorns that draw together as two halves of the same soul forming the obscure heart that is our love. (sic)”

Megan shared a video of the proposal and wrote: “In July of 2020 we sat under this banyan tree. We asked for magic

“We were oblivious to the pain we would face together in such a short, frenetic period of time.

“Unaware of the work and sacrifices the relationship would require from us but intoxicated off of the love. And the karma.

“Somehow a year and a half later, having walked through hell together, and having laughed more than I ever imagined possible, he asked me to marry him.

Megan concluded: “…and then we drank each other’s blood.”