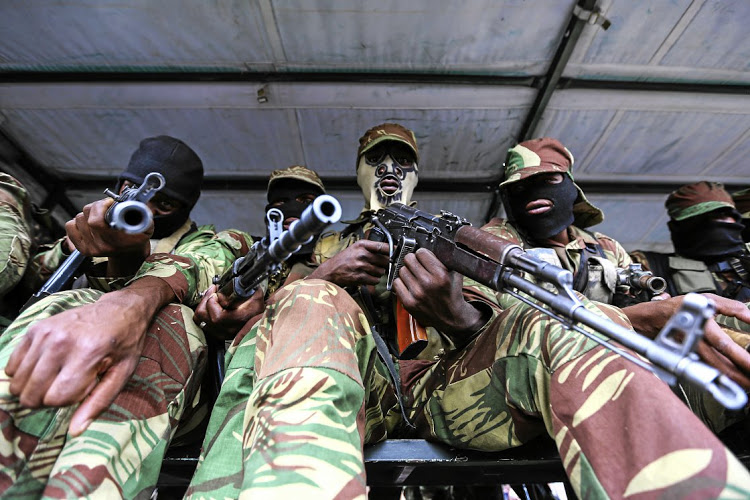 The Zimbabwe National Army has sentenced two of its members to 40 years imprisonment after they were convicted of armed robbery, sending a clear message that the force will not condone rogue elements. The two members, Lance Corporal Dzimbanhete Tatenda and Trooper Munesi Wilfred pleaded guilty to the charges of armed robbery which they commited on November 152021 at Surrey Farm near Marondera.

Both were reduced ranks to private and first-year trooper respectively and discharged from the Zimbabwe Defence Forces with ignominy. In a statement yesterday, ZNA director Public Relations Colonel Alphios Makotore said:

“Two soldiers, members of the Zimbabwe National Army, Lance Corporal Dzimbanhete Tatenda and Trooper Munesi Wilfred were on 19 January sentenced to 40 years imprisonment each by the Zimbabwe Defence Forces General Court Martial for armed robbery,” reads part of the statement.

Col Makotore said five years each of their respective sentences were suspended on condition that they restitute the complainant, Simon Arnold of Surrey Farm near Marondera, cash amounting to US$16 830 and R600.