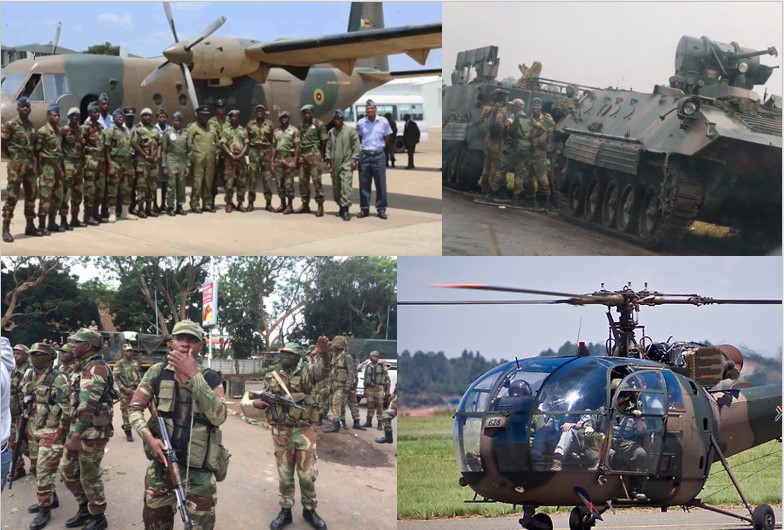 However manpower alone is not remotely sufficient to challenge any country in the 21st century and more importantly the Chinese structure of Top-Down command means that the majority of its soldiers are not capable of making high-profile decisions in real-time, they have to be approved by the central command. The Chinese man like many Asians is generally short and of weak body stature unlike the Americans, Russians, African or European soldiers.

Egypt was ranked number one after a series of investments in its military forces. It has nearly 1.3 million soldiers across deferent forces, a total of 1062 military planes including the deadly F16 and the brand new Rafale from France, and 243 naval ships.

How the brigades are organized?

Three Combat Groups with 35 APCs each

Zimbabwe has a total of 90 military craft including 10 fighter jets and 6 attack helicopters, 318 armed vehicles, and 23 rocket projectors. The Zimbabwe Defence Forces (ZDF) are composed of the Zimbabwe National Army (ZNA) and the Air Force of Zimbabwe (AFZ). The current manpower stands at an estimated strength of 29,000 in the Army, and an estimated 4,000 in the Air Force as well as 10 000 special forces.