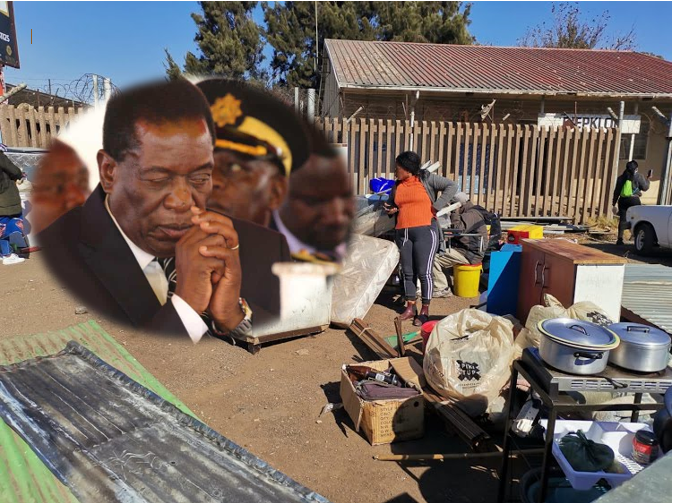 THE Zimbabwean government says it is worried about the current situation in South Africa, where its citizens are being harassed, removed from houses and marketplaces by members of the organisation using the codename Operation Dudula.

In a statement, the Zimbabwe Embassy in Pretoria said it’s worried about reports that undocumented Zimbabweans should leave the country as soon as possible or risk being forced to go back home. poster The statement reads in part, “The Embassy of the Republic of Zimbabwe in the Republic of South Africa and its Consulates in Cape Town and Johannesburg have received reports of disturbing events that recently took place and affected Zimbabwe nationals in parts of Johannesburg and Lephalale in the Limpopo Province.

“In these instances, national reportedly received threats of unspecified action, including forced eviction, if they did not leave the country by a certain date. The Embassy and the Consulates are aware of the anxiety brought by the non-renewal of the Zimbabwe Exemption Permits and their termination on 31 December 2020.”

The Zimbabwean authorities said all citizens living in South Africa should be vigilant and law-abiding.

“Holders of the Zimbabwe Exemption Permits who choose to remain in the country after 31 December 2022 must start the process of migrating to other visas early. Relevant information is on the website of the Department of Home Affairs.”

The Zimbabwean officials at the Embassy said they are in regular contact with the relevant South African government representatives on matters concerning the safety of Zimbabweans living in the country.

An organization calling itself South Africa First started evicting Zimbabweans from rented houses recently and market places saying all those should be used by local people.

A large number of Zimbabweans, said to be illegal immigrants, were on Wednesday removed from a local market with indications that South Africa First would also evict them from their rented houses.

President Cyril Ramaphosa has appealed for calm, saying his government does not want South Africans to harass foreigners.