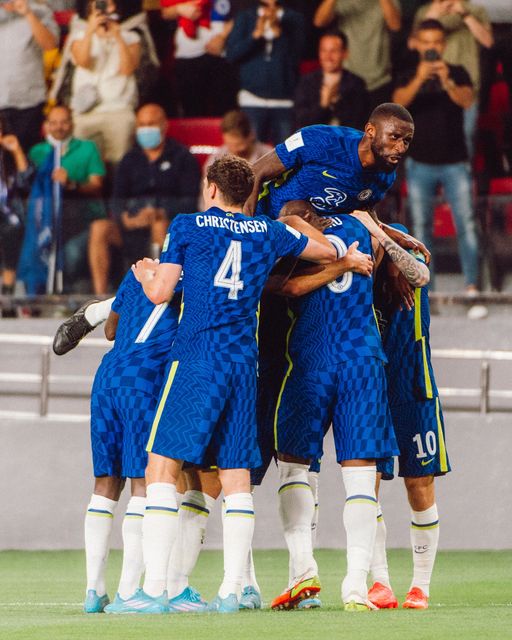 Chelsea spent the first 20 minutes in constant dialogue with head coach Thomas Tuchel, trying to figure out how we should be playing to break down Palmeiras, who were happy to sit back and defend deep, letting our defenders have the ball but closing down everything else very quickly.

But neither in those 20 minutes, nor the 25 minutes that followed in the first half did we show much promise in actually doing so. We had one early chance and a couple half-chances, but little to write home about. Silva shooting from 45 yards out and Rüdiger from 35 were emblematic of how things were going. Palmeiras didn’t threaten much either.

The cagey play continued after the break, but a Kovačić burst unlocked the defense and Hudson-Odoi delivered a perfect cross for Lukaku, practically anonymous until then, to head home ten minutes into the half. Hudson-Odoi had overhit every cross with his right, but this time he went left-footed and was rewarded.

Chelsea came close to adding a second almost immediately with a carbon copy play, but CHO went with his right this time. Pulisic came close from range soon after as well.

And that would’ve been helpful since our lead didn’t last long. Thiago Silva was called for a handball in the area — rather harshly since the contact seemed forced by the attacking player’s jump — and Raphael Veiga made no mistake.

Havertz and Pulisic came close to restoring Chelsea’s lead, but into extra-time we would go.

Tuchel tried to go for it with a double-change and switching formation as well, but Palmeiras remained resolute and we were unable to break them down.

But just when it looked like penalties would be needed to decide things, another silly handball call was made, this time in our favor, with the Palmeiras defender blocking Azpilicueta’s shot from a yard away. Havertz stepped up and made no mistake.

And that’s how things would end, with Chelsea filling the one missing spot in the trophy cabinet. Palmeiras saw Luan get sent off for hacking down Havertz on a counter as the last man in the final moments, but that was purely academic.