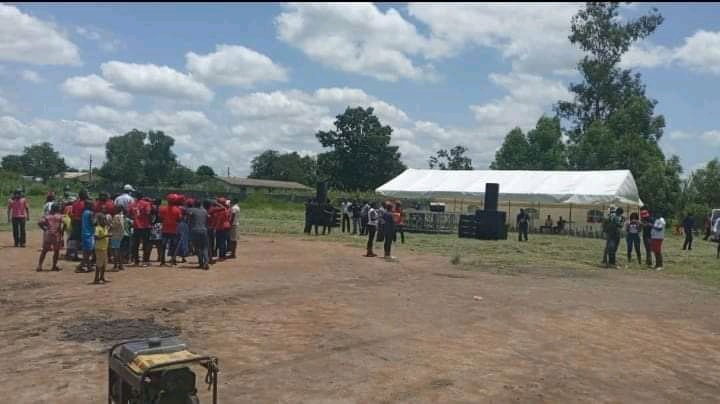 Highfield residents in particular, and Harare residents in general, are showing the leader of MDC-T, who also expropriated MDC-Allaince, Douglous Mwonzora, some tough love after they ghosted his rally, which was scheduled for today, February 12, 2022, at 10 a.m. at Zororo Ground. According to videos and pictures being circulated on social media, fewer than 20 people were in attendance till 2 pm. The majority are the rally organizers, who were there to set up tents and set up the PA system, as well as party members.

Just yesterday, when Mwonzora was trying to advertise his rally around Machipisa, he was booed by a large crowd, signaling that he is not just unpopular, but he left a bad taste in the mouths of many community members after the molested deomocary by recalling duly elected members of the parliament. If this trend is anything to go by, it shows that Mwonzora has managed to achieve something that was last done by Abel Muzorewa. Being unpopular in both ruling and opposition circles.