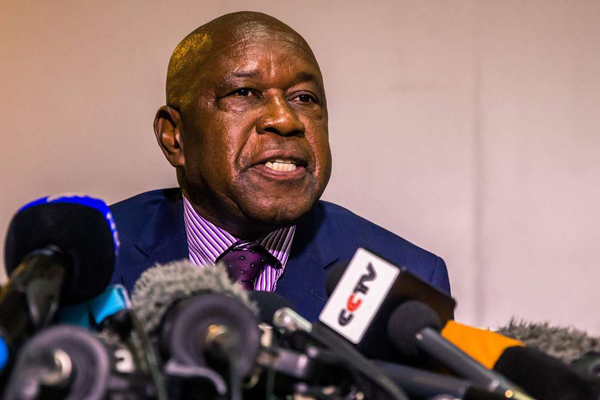 Zanu PF has ruled out the use of U.S. dollars for salaries, which teachers on strike are demanding. Teachers and economists are condemning Mnangagwa for being out of touch with reality.

During a press conference today Chris Mutsvangwa said that teachers must sacrifice for the greater good of the country since we are trying to stabilize the economy. He said that there is no party that loves teachers more than Zanu Pf.

Nobody cares about the issue of education than Zanu PF but sometimes we have to deal with what we have. He further blamed the “MDC” for instigating teachers to say that they are hungry and can’t afford to go to work.

Chris said that paying teachers in USD is a nonstarter because the currency is controlled by America and they can collapse the economy at any time. This is why we are afraid of giving teachers USD this despite the fact that for nearly a decade Mugabe successfully paid a teacher $550 minimum using the USD.

Robson Chere of the Amalgamated Rural Teachers Union of Zimbabwe said: “It is clear that Mr. Mnangagwa is carefree and indifferent on the plight of teachers and the demand for a living wage is a struggle that no one can stop at this moment. And no one can exclude teachers from being actively participating in our economy by paying them slave wage in the form of the bond [local currency].”

“We will resist any attempts by any means necessary, even by the highest office, from stopping us to demand a living wage. We will continue mobilizing teachers to get the USD so that teachers can actively participate in this economy,” he added.

The striking teachers come at a time when the Citizen Convergence for Change is promising free education for all students who can not afford to pay starting 2023 when they get in power.