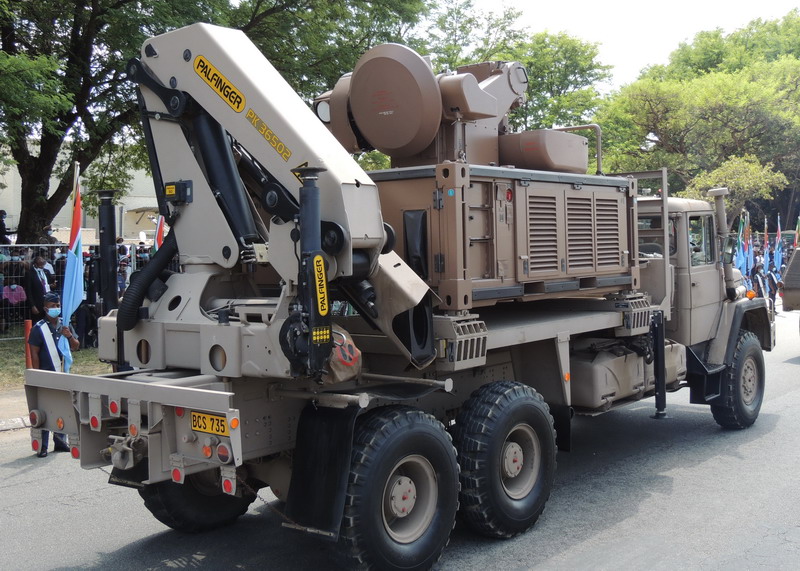 The South African Defence Forces commemorated Armed Forces Day in Mpumalanga yesterday, when the region’s most powerful force outlined the challenges, innovation, and future objectives, as well as displaying some of its equipment.

President Ramaphosa was accompanied by senior government officials, who made a speech as well as various accolades to the valiant sons and daughters of the soil. The men and women of the South African National Defence Force have served this country with distinction over the last year, under challenging, demanding, and unprecedented conditions in our democratic history, said Ramaphosa.

In the early weeks and months of the epidemic, the SANDF was on the ground, aiding with the implementation and maintenance of the National State of Disaster.

It has been seven months since sections of South Africa saw the worst turmoil in our democracy’s history, resulting in deaths, infrastructure destruction, and business devastation.

Our servicemen from Air Force Base Ysterplaat Military Aviation Rescue and Firefighting Services were among the first responders to douse the flames when our Parliament was engulfed in flames at the start of this year.

A cyclone in neighboring Mozambique caused flooding and devastation.

The South African Defence Force (SANDF) was present, assisting with the evacuation of flooded areas and the distribution of humanitarian aid.

Mozambique’s government is still fighting a deadly insurgency in the north, which poses a threat to the region’s security and stability. The SANDF was stationed in Mozambique as part of the SADC Mission. When I was in Mozambique earlier this month for National Heroes Day celebrations, I got the opportunity to meet with the army.

These courageous men and women are on the ground to restore stability and prevent the conflict from spreading to neighboring countries.

We welcomed back troops of the 15th South African Infantry Battalion after their deployment in the Democratic Republic of Congo last month. Members of the SANDF have been involved in peacekeeping operations in the DRC since 2001, as part of the UN Organization Stabilisation Mission in the DRC, or MONUSCO.

The SANDF has been present in all of these times of uncertainty, crisis, and very real danger for our country, our neighbors, and our continent, Africa.

The SANDF has been there as we continue to push growth and address service delivery concerns that directly affect our people’s lives.

The SA Army Engineers were part of a multi-sectoral team tasked with cleaning up the Vaal River and ensuring its safety for communities.

Army engineers assisted in repairing broken infrastructure that had caused the river’s contamination until the middle of last year….. reads a portion of the speech.