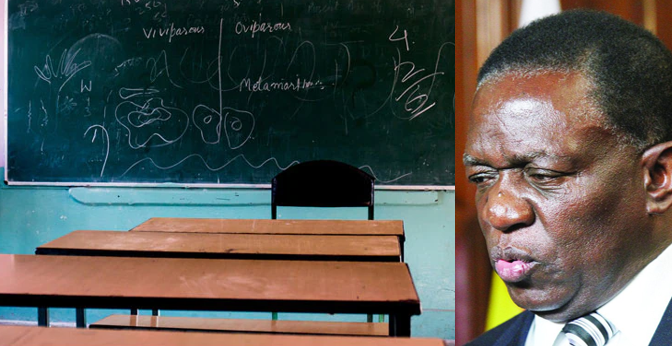 A few days ago, the government gave teachers an ultimatum to return to school or resign. Anyone who will not show up for work today 22 February 2022 would be assumed to have resigned, more so anyone who shows up but doesn’t teach will also be fired.

According to PSC, the government has instructed monitors to visit schools and check if indeed teachers had heed the threats to come back to work. But according to various reports, many schools from around the country have no teachers in attendance.

Over the weekend, the main opposition party led by advocate Nelson Chamisa backed the crippling strike. Chamisa said that teachers have a legitimate and simple demand “Pay us what Mugabe used to pay us”, a salary of nearly five years ago should never be difficult to pay for any serious government.

He lambasted the Zanu PF government for misplaced priorities, looting, and abuse of funds while the masses including soldiers and police as well as the rest of civil servants live in dire poverty.