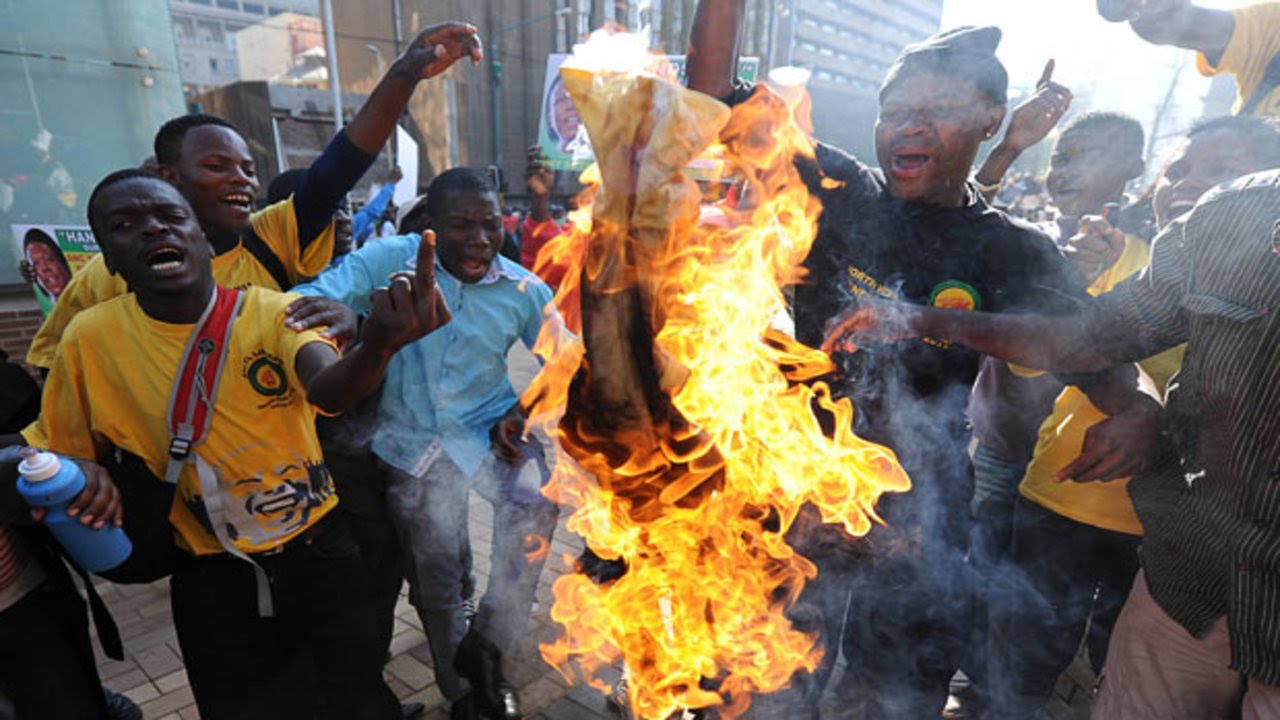 In an article which was written by By Maynard Manyowa , a Zimbabwean Journalist Based in UK he argues that South Africa treat foreigners better than Zimbabwe or any other country under the sun, here is the full article:

I am a Zimbabwean, so this is difficult to write, and I stand to lose a lot. But I will do it anyway. Anti-immigrant sentiments, or simply xenophobia, are difficult to write about because nobody wants to speak candidly, and the few who do are often affected by emotions. Nobody wants to, nor can they, freely state that Zimbabwean immigrants in South Africa do not help their own cause. Saying this would likely be interpreted as support for violence and whip up a wave of cancellations.

Similarly, very few people want to describe movements like Operation Dudula as what they are, largely because offending them could lead to escalation and ostracism from the locals.

And the sentiment, expressed on Twitter and whispered in communities, appears to be that nobody wants to speak about the rampant problems believed to be caused by out-of-control migration into South Africa, such as drugs, murder and crime. In 2019, when xenophobic violence broke out, a popular artist, Sho Majozi, echoed this sentiment, saying foreigners are not completely innocent and nor are they completely responsible for crime. This is how it is.

A few days ago, my wife Boipelo Manyowa wrote an article for Daily Maverick expressing disapproval of xenophobic violence and crime in South Africa. It was a heartfelt piece that I believe was driven by her kind-hearted nature, her faith in humanity and her belief that Africans are stronger, together.

My wife is a staunch pan-African, but I will leave it there because I avoid speaking on her behalf, because she can speak for herself, aptly. However, at the centre of her thoughts is the critical issue of migration, which we must talk about. I will start by saying my heart goes out to people who have lost their lives and property in xenophobic attacks, and that violence of any nature is unfortunate, intolerable and unwelcome.

I first wrote about xenophobia in 2015, in an open letter to President Mugabe. That piece got me in trouble with his government, but also exposed me to different views. While I had egged him on to find ways to remind South Africans of our role in their independence, and stability, and at our expense, I also learnt a few lessons.

My work as a journalist often makes me an annoying character. Ethics demand that I listen to several sides before giving an opinion, including repulsive ones that make me sick. Yet I do this because the only way to understand people is to listen and look. I have also learnt since my 2015 days that nothing is ever black and white, nor is black or white. There is always a semblance of truth, even among destructive hatred.

It takes a brave man to speak or write against the grain. To that end, I applaud Boipelo for speaking out against her own country and its people, risking ostracism in the process, and doing it for “people who have been very unkind” to her.

I too must be brave and share a few thoughts in response to her article. I largely agree with everything she says – that people should be equal before the law, that violence is wrong. But I have other perspectives that I believe belong in this dialogue.

Zimbabwe is not an ‘innocent’ country when it comes to xenophobia

When Zimbabwe first achieved independence in 1980, it really was heaven on Earth. Its currency was strong and the country was self-sufficient. Malawians, Zambians and South Africans flocked to Zimbabwe to work as roadside vendors and in mines, to take advantage of the education system, as well as flee from the racist apartheid government.

But Zimbabwe and its government at the time were hostile. Malawians and Zambians were called MaBwidi, a derogatory term that describes foreigners as halfwits. The government conducted raid after raid in townships, often asking people to repeat local street lingo – fully aware that Malawian folk would do so with a hilarious accent.

Those who failed were bundled into trucks and deported. Those who remained were made half citizens by the government.

At that time, naturalised Zimbabweans from Malawi and Zambia were not allowed to vote, and their identity documents were engraved with a huge capital “A”, designating them as “Aliens”. This practice remained up until Robert Mugabe was removed from power.

But, at the same time, Mozambique was engaged in a brutal civil war and a number of Mozambicans, many of whom speak Zimbabwe’s main language, Shona, crossed into the country seeking refuge. The government rounded them up and put them in refugee camps, while several others were sent back, by force, to Mozambique, where they were executed by rebel forces.

To this day, in and around the township, derogatory jokes about Malawians, Zambians and Mozambicans are exchanged at barbecues. How we, as Zimbabweans, treated other Africans at the time was wrong, and it must not escape history or dialogue.

South Africa treats refugees better than any other African country

Over the years, as conflict has ravaged Africa, many people have fled their homes in Congo, Somalia, Ethiopia, the Central African Republic, Burundi and other countries. Those who found their way to Zimbabwe were put in refugee camps, where they remain to this day. Countries like Malawi, Uganda and Zambia also have refugee camps for asylum seekers. Now, I mention this because, when millions of Zimbabweans rightly fled the violence in 2008, the South African government responded by giving them special permits and allowed those who didn’t apply to integrate with communities.

In Malawi, as we speak, the government is calling on all refugees who left camps and integrated with communities to return to the camps or face action. Zimbabwe keeps refugees in camps, while Kenya wants to close its camps and send refugees back to conflict zones. South Africa is not driving foreigners into camps, but nobody wants to talk about this. And ignoring such gestures of goodwill upsets and offends a country that has been very hospitable to refugees, economic or otherwise.

One would struggle to find a country today that allows millions of people to simply show up and integrate into communities. To that end, South Africa is a haven for refugees from all walks of life.