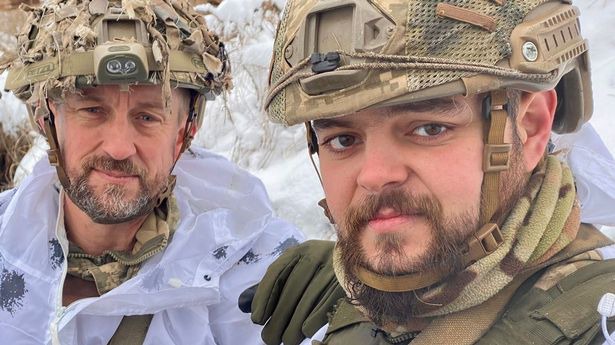 On state television, British men detained by Moscow’s soldiers seek to be traded for pro-Russian oligarchs. Shaun Pinner and Aiden Aslin’s families have stated that the men are not mercenaries or volunteer combatants, and that they should be considered as prisoners of war under the Geneva Convention. It was unclear how openly Shaun Pinner and Aiden Aslin were able to communicate.

In footage shown on the Rossiya 24 state TV station, both talked individually after being prompted by an unnamed male. The two men urged British Prime Minister Boris Johnson to assist them in returning home in exchange for Ukraine’s release of captured oligarch Mr Medvedchuk, who was seen in a video published around the same time on Monday by Ukraine’s SBU intelligence service requesting to be switched as well.

According to the families of Mr Pinner and Ms Aslin, the British nationals are not mercenary fighters or volunteers and should be considered as prisoners of war under the Geneva Convention. In a film broadcast on Russian state television, Mr Pinner, a former British Army veteran, appeared fatigued when he said he was taken in Mariupol while fighting with Ukrainian marines.

The 48-year-old claimed that he had been battling for five to six weeks in the besieged city but was now in Donetsk’s separatist area. Mr Pinner, who is from Bedfordshire, seemed to be questioned by a Russian journalist about how he was apprehended in a second heavily-edited film. He replied: “We were in Mariupol’s industry district.

“We decided to move from the factory area in the early hours of Tuesday morning, but we didn’t know where.”

We left the factory about four o’clock in the morning.

“There wasn’t a lot of time to consider,” she remarked “he stated Mr Pinner’s Ukrainian leaders, according to the Russian reporter, wanted him executed. In January, Mr Pinner told the Mail on Sunday of his fear of being apprehended: “My life is in jeopardy. If we are taken by the Russians, they will treat us differently because we are British. It’s always in the back of my mind that I’ll be apprehended.”

Mr Pinner’s family detailed how he became involved in the defense of Ukraine, which he calls “his adopted homeland,” in a statement made by the Foreign, Commonwealth & Development Office (FCDO) after his capture. The following was part of the statement: “Shaun was a well-liked soldier in the British Army, having spent several years in the Royal Anglian Regiment. He served in Northern Ireland and with the United Nations in Bosnia and Herzegovina, among other places.

“In 2018, Shaun made the decision to migrate to Ukraine in order to put his previous military expertise and training to good use.”

Over the last four years, Shaun has embraced the Ukrainian way of life and regarded Ukraine to be his adopted homeland. During this time, he met his Ukrainian wife, who is deeply concerned about the country’s humanitarian problems.

“As a proud member of his unit, he progressed into the Ukrainian Marines.” “We would want to make it clear that he is not a volunteer nor a mercenary,” the statement said, “but is legitimately serving with the Ukrainian Army in accordance with Ukrainian legislation.” After surrendering to the Russian military in Mariupol last week, Mr Aslin, from Newark in Nottingham, was recorded being brought about in handcuffs with a cut on his forehead.

During recent weeks of fierce warfare, the 28-year-old had been defending the city with his regiment before being forced to surrender after 48 days. “We don’t have any food or ammunition,” he said on his Twitter account, which was handled by a friend while he was fighting with Ukrainian forces. Mr. Aslin’s grandmother called a video of him on Russian television claiming Ukraine was not making “the correct judgments” “propaganda.”

Following his abduction, Russian media reports stated he was a mercenary, according to his mother Angela Wood, who told Sky News that her son should be treated as a legitimate prisoner of war. “He’s not a mercenary, he’s not a volunteer,” Ms Wood told Sky News on Friday. “He didn’t go out there in the previous month thinking, ‘I’m going to fight, I’m going to get notoriety.'” He’s been in the navy for four years and is a genuine Ukrainian marine.”

The Foreign Office is in contact with Mr Pinner’s and Mr Aslin’s family and is assisting them. However, the violence has severely hampered the UK’s ability to acquire intelligence and provide consular services on the ground. Meanwhile, in a letter to Russian President Vladimir Putin and Ukrainian President Volodymyr Zelenskyy, Mr Medvedchuk requested that he be traded for the defenders of Mariupol, Ukraine, and any civilians permitted to flee.