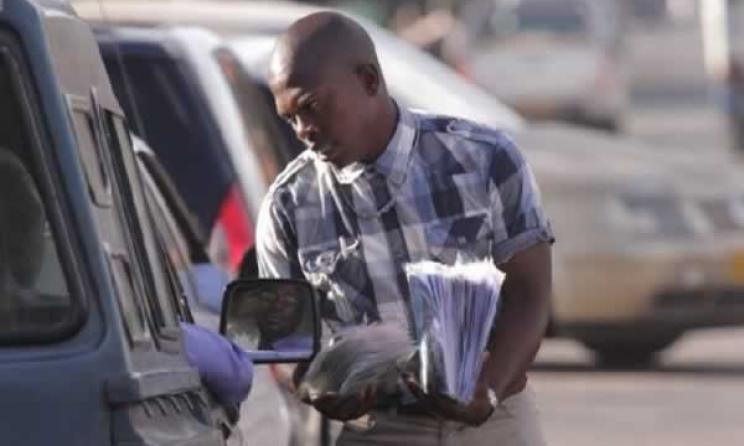 One of two things that the disgraced former minister of information Professor Jonathan Moyo likes to mention as his brainchild and part of his success in his decades in government is the 75% local content policy, the other one is the STEM program.

The Broadcast Services Act of 2000 imposes a 75 percent local content clause with the remaining 10 percent being dedicated to the region and five percent to international content which Prof claimed as his brainchild.

Zimbabwean artists in general and musicians, in particular, were getting a raw deal from radio and television stations. The Disc Jockeys, before the introduction of the 75% local content policy, were not playing local music on air. They were mainly interested in music from outside Zimbabwe’s borders which they felt was more popular than local music.

The fortunes of musicians improved with the introduction of the policy which sought to improve a lot of musicians. The Policy also revolutionized Zimbabwean music as more genres found their way onto the music market.

The rise of the Urban Grooves and the Zimdancehall movement can be directly traced to the introduction of the policy. The opening up of the airwaves has provided opportunities for more players in radio and television. These have become important platforms for the expression of cultural diversity.

I would like to confess that I am an open market advocate and don’t believe in command economy or policy in any shape or form. It simply has more disadvantages than advantages.

The command policies tend to create a monopoly, benefit the few connected people at the expense of the majority, hinder creativity and frustrate those with new or better ideas case in point, look at the disastrous and almost idiotic policy to ban combis and use ZUPCO for the urban transportation system.

The 75 % local content policy has made our artists rely on traditional means to sell and market their music and other products thus through TV and Radio before social media and other platforms were adopted. Contrast that with American artists who have developed several platforms to reach the audience and market their products depending on the government.

Jay Z has Tidal, Daniel Ek, and Martin Lorentzon started Spotify, Yves Riesel started Qobuz, then there is Deezer, Pandora, Soundcloud, LiveXLive, and many more. All these platforms were started by artists and investors who know that they won’t get radio and TV airplay unless the host liked their music.

Besides creativity, the reason why many artists in the pre-internet era did not make a lot of money despite the 75% local content is because of piracy. In Its system piracy is a response to a flawed way of selling products. Ask yourself this question, How many people do you know who made money out of burning CDs and DVDs and resell at a cheaper and faster rate than the owners of the content.

Remember those days when an artist would release an album, within hours at Market Square the traders are already selling hundreds of copies. Of course, am not suggesting that artists were supposed to sell their DVDs and cassette for a dollar but there was a better way of marketing.

The money generated on radios and TV for an artist is peanuts, and would never be sufficient or meaningful to fund music recording and video shoots as well as marketing. How many artists have gone to ZBC and collected their cash and how much is that?

On paper the 75% local content policy is okay but in practice, it rarely helps artists, it recalibrates their music to focus on the local audience instead of copying international standards as the Nigerian artist does, it kills talent, creates a monopoly where artists have to worship the DJs and present to play their music all while paying little to nothing.

If the government is serious about promoting artists the only way is to liberalize the markets and invest in 24-hour music radio stations like the MTV version of SA. Invest in public studios and cultural exchange programs, encourage an artist to collaborate, and attended other cultural programs like what Tuku used to do, until then 75% of local content policy will remain nothing beyond a piece of policy.