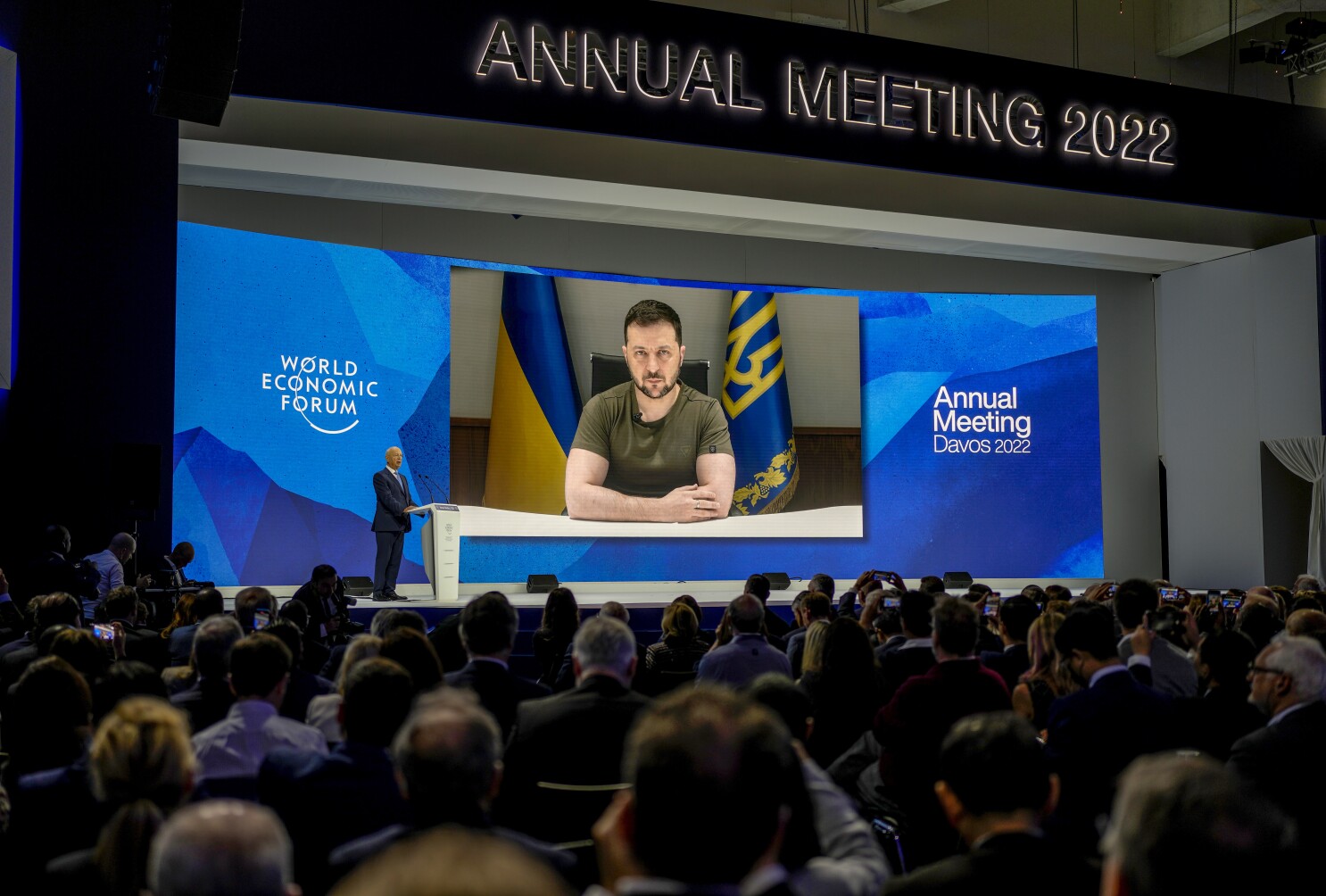 Addressing members of the global business and political elite gathered for the World Economic Forum, President Volodymyr Zelensky of Ukraine called on Monday for a major effort to rebuild his country and invited international companies shunning Russia to set up shop in Ukraine.

Speaking via video link, Mr. Zelensky promised that corruption and the system that had previously created oligarchs would be rooted out, and that Ukraine would be an attractive place for international businesses once the war is over.

Mr. Zelensky, whose remarks were projected to the forum’s main hall packed with hundreds of people, wore his now-trademark khaki T-shirt, but sounded less combative and more calibrated than he has in some previous video speeches, tweaking his message for his audience as he has been doing for months.

“It is necessary to set a precedent so that your brands will not be associated with war crimes,” he said. “We offer every company that leaves the Russian market to continue operating in Ukraine.”

The Ukrainian government had sent representatives to the gathering in Davos, Switzerland, he added, who could “inform all of you on the prospects for business.”

He also called on world powers to help Ukraine get its grain out to the global market to avert a food crisis, and warned that Russia was smuggling wheat and other foodstuffs out of the country and trying to sell them on the open market. A failure to unblock Ukrainian ports and get grain out would be felt around the world, he warned.

As the war approaches the three-month mark, Mr. Zelensky said he worried that momentum and unity behind Ukraine was fizzling, and urged the gathering “not to lose this feeling of unity,” adding: “This punch is what the leadership of the Russian Federation feels the most.”

“I wish every one of you wakes up in the morning with this on their mind: ‘What have I done for Ukraine today?’” he said.

He received a roaring standing ovation.