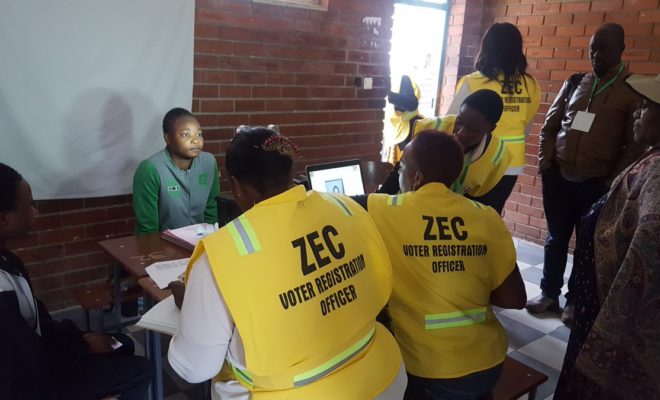 THE delimitation of constituencies, wards and other electoral boundaries will kick off next week ahead of the next year’s harmonised elections in line with the provisions of the electoral law.

Delimitation, which is carried out after a population census and is provided for in Sections 160 and 161 of the Constitution, refers to the dividing of the country into constituencies and wards for the purposes of elections and involves coming up with a minimum threshold of registered voters in each of the country’s 210 National Assembly constituencies.

The number of voters in each province will be used for the delimitation exercise that will determine the number of constituencies. ZEC conducted mobile voter registration which it concluded in April but yielded poor results in most urban areas which are the primary opposition stronghold.

The number of eligible voters who registered for the first time during the second phase of Zimbabwe Electoral Commission (Zec) mobile biometric voter registration (BVR) blitz increased by 100 percent compared with those who registered in the first phase.

The second phase of the voter registration blitz, which ran from April 11 to 30, saw a total of 109 405 people registering to vote in next year’s harmonised elections. Out of those, 59 904 are males while 49 501 are females. Zec also revealed that it processed more than 50 000 applications for voter transfers.

Section 161 of the Constitution of Zimbabwe obliges Zec to conduct delimitation of the electoral boundaries once every 10 years soon after the conduct of a population census. In a Government Gazette published on Tuesday under General Notice 114B of 2022, Zec chairperson Justice Priscilla Chigumba said the delimitation exercise will start on June 1, and continue either in the culmination of the drafting of a preliminary report or until December 31.

“The public is hereby notified of the Commission’s intention to commence the delimitation of boundaries and other electoral boundaries. Notwithstanding the date of publication of this notice, the process of boundary delimitation shall commence from the 1st of June 2022, and continue into the culmination of the drafting of a preliminary report or until the 31st of December 2022, whichever occurs first,” she said. In terms of section 161 (7) of the Constitution, at the conclusion of the boundary delimitation, Zec shall produce and submit to the President a preliminary report.

For the purposes of the boundary delimitation, the voters’ roll was closed on May 30, 2022. Voter registration shall however, remain open for the purposes of any by-election that may become necessary and the 2023 harmonised elections.

Justice Chigumba said the voters roll inspection exercise will be conducted on dates to be notified with Zec issuing a notice specifying the national and provincial voter population figures to be used for purposes of the boundary delimitation exercise. “The Commission shall, so far as is practicable, entertain representations from voters, political parties and other interested persons and bodies at national, provincial and district level through various committees that have been established at each level.

In 2008, ZEC said based on the registration figures, a constituency should have around 26,000 voters while allowing a variance of +/- 20 percent above or lower than that number.