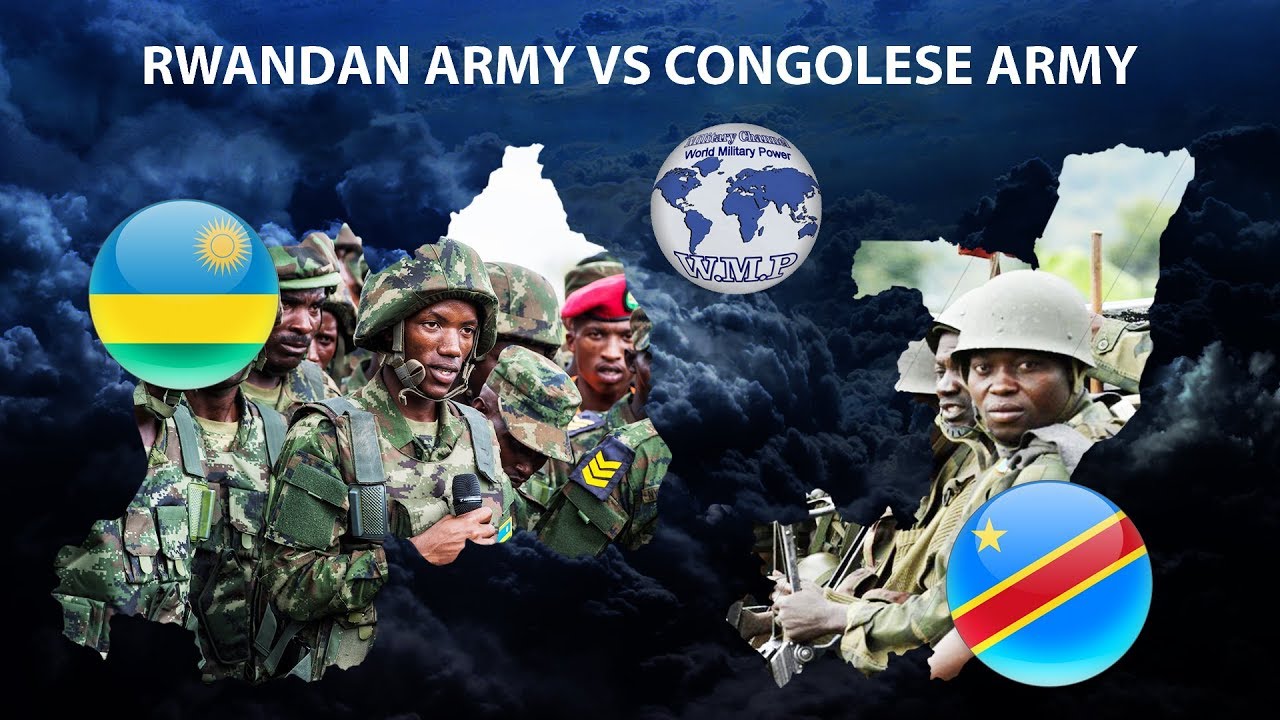 A senior commander in the DRC army said that if war broke out between Rwanda and DRC then there is no doubt who is going to win. We are a country of nearly 90 million people vs Rwanda with just 13 million people , we are a bigger and better country , if Rwanda doesn’t stop , we are going to crash them.

Rwanda will retaliate against any further attacks launched from the Democratic Republic of Congo, the East African nation’s foreign minister warned Tuesday, as tensions between the two neighbours soar. A diplomatic feud between Kigali and Kinshasa has escalated in recent days as both sides trade accusations of aiding armed militias in the volatile eastern DRC region which borders Rwanda.

Rwanda last week accused the Congolese armed forces of firing rockets into its territory, and said two of its soldiers had been kidnapped on patrol by the Democratic Forces for the Liberation of Rwanda (FDLR), a rebel group active in eastern DRC. The Congolese army in turn said Sunday that the two soldiers had trespassed on its soil and had been taken into custody. At a press conference in Kigali on Tuesday, Foreign Minister Vincent Biruta warned: “If the attacks continue, Rwanda will have a right to respond and we have the capacity to respond.”

“We do not want war, we want peace,” he said, but added: “As the government we have a duty to protect the lives of Rwandans.” “Should we let everyone to just shoot us in Rwanda and just keep quiet?” On Saturday, Congolese authorities suspended Rwanda’s national carrier RwandAir over Kigali’s alleged support for the M23 rebel group, prompting the airline to cancel all flights to the DRC.

Rwanda has meanwhile accused the DRC government of working closely with the FDLR. Relations between the two countries have been strained since the mass arrival in the eastern DRC of Rwandan Hutus accused of slaughtering Tutsis during the 1994 Rwanda Genocide against the Tutsi. Kinshasa has regularly accused Rwanda of carrying out incursions into its territory, and of backing armed groups there. Kigali has denied involvement.

Relations began to thaw after DRC President Felix Tshisekedi took office in 2019 but recent fighting between Congolese forces and M23 — a primarily Congolese Tutsi group — has reignited tensions. On Monday, hundreds staged an anti-Rwanda protest in the DRC capital Kinshasa, with demonstrators calling for the expulsion of the Rwandan ambassador. The United Nations said last week that the fresh clashes had displaced 72,000 people, and warned that those on the run faced constant violence and the looting of their homes.