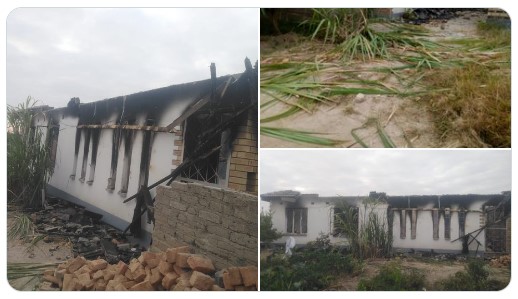 Police have been heavily deployed in the Nyatsime area after violence erupted when Zanu PF and CCC members allegedly destroyed some houses belonging to each other supporters. The opposition supporters were part of a group that was attending the funeral of murdered Blessing Ali when violence broke up. National police spokesperson Assistant Commissioner Paul Nyathi has since confirmed the disturbances.

“There is violence that has been reported in the Nyatsime area but police have since been deployed to quell the situation. We will release more details soon,” he said. Several motorists driving through the area were forced to make u-turns as some of the youths were threatening to destroy cars entering the area.

Meanwhile Citizens Coalition for Change member and Zengeza West Legislator Job Sikhala has been arrested for allegedly inciting violence. Zimbabwe Republic Police Spokesperson, Assistant Commissioner Paul Nyathi confirmed the arrest of Sikhala saying it is in connection with the violence that took place in Chitungwiza this Tuesday. Assistant Commissioner Nyathi added that police will issue a full statement on Wednesday.