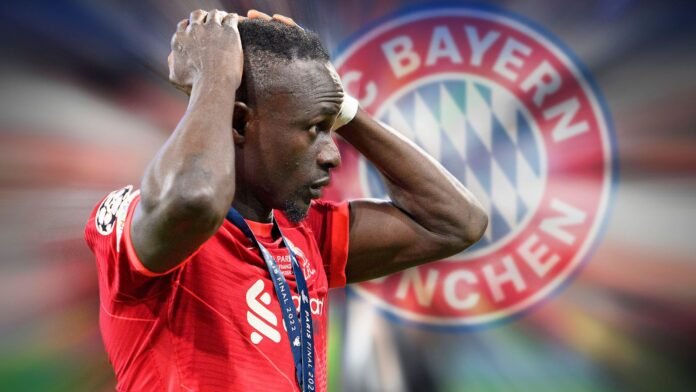 Sadio Mane will head to Bayern Munich on Tuesday for a medical ahead of his imminent move from Liverpool.

Chelsea are reportedly stepping up their efforts to sign Manchester City and England forward Raheem Sterling – but the transfer is said to hinge on the futures of Romelu Lukaku and Ousmane Dembele.

Chelsea have been handed a double blow in their pursuit of a new centre-back this summer, with Juventus set to bring Napoli’s Kalidou Koulibaly to the Old Lady – the move would signify a further blow for the Blues, with Juventus keen to pair Koulibaly with fellow target Matthijs de Ligt.

Watford are willing to sell Philip Zinckernagel amid transfer interest from Olympiacos.

Antonio Conte is keen to sign Ajax’s Antony this summer, with forward Steven Bergwijn potentially going the other way.

Newcastle will have to stump up over £50m to land Bayer Leverkusen winger Moussa Diaby.

Wolves and Leicester are involved in a two-way fight for Nathan Collins.

Nottingham Forest have offered Brice Samba a new and improved deal in their bid to hold on to their prized goalkeeper.

Sunderland, Huddersfield and Bristol City have all had £1m-plus bids rejected by AFC Wimbledon for midfield ace Jack Rudoni.

Tottenham are looking to disrupt Arsenal’s plans for bringing in Gabriel Jesus.

West Ham are close to signing defender Nayef Aguerd from Rennes in a £30m transfer.

Romelu Lukaku is set to secure a return to Inter Milan on loan after a fee of £8.5m plus add-ons was agreed in a move that will kick-start Chelsea’s summer spending spree, with Raheem Sterling at the forefront of Thomas Tuchel’s plans.

Erik ten Hag wants Manchester United to sort out the Frenkie de Jong transfer as a matter of urgency because he regards the Netherlands midfielder as the key player in the style revolution he intends to bring to Old Trafford.

Arsenal have reportedly been hedging their bets over signing Gabriel Jesus by also making an offer for former Chelsea flop Alvaro Morata – the Atletico Madrid striker has spent the last two years on long-term loan at Juventus, who are keen to make the arrangement permanent this summer.

Liverpool have confirmed the signing of Calvin Ramsay after agreeing a £6.5m deal with Aberdeen for the 18-year-old full-back and the Reds’ summer business is now complete after they also brought in Darwin Nunez and Fabio Carvalho.

Manchester United and Arsenal have both shown interest in bringing Tammy Abraham back to the Premier League.