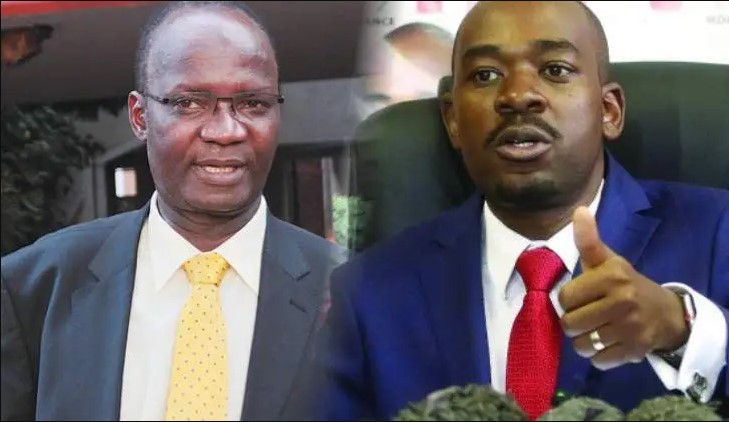 The former government minister professor Jonathan Moyo is calling to amended of law to ban CCC from participating in the upcoming 2023 general elections. Moyo who is in Kenya running away from his corruption cases since November 2017 said that:

Registration of political parties in Zimbabwe is long overdue. No secret society should masquerade as a political party or contest any election; no political party should be registered if its leaders or members denigrate the liberation struggle or violate s3 of the Constitution!

Since #CCC is “structureless” and constitutionless its leaders, who ironically are a structure, are using silence as a strategy to get its members to support unilateral and illegal Western sanctions, demonize land reform and revere Ian Smith and, by extension, Cecil Rhodes!

The refusal by #CCC to be transparent about its structures has been compounded not only by the fact that the party does not have a constitution; but also by the strange reason for the refusal, that the party wants to protect itself from infiltration by Zanu PF or the state!

The consequence of #CCC’s refusal to be transparent about its structures is that the party has become deviant; effectively operating as a secret society, and employing political delinquency, such as the glorification of Ian Smith by its supporters, as a political strategy!

Why is he bashing CCC ?

Some see the new vitriol towards CCC as a way to try and secure his return from exile so that his corruption cases would be thrown under the bridge. Moyo who have tried to cuddle the opposition to settle his personal scores with president Emmerson Mnangagwa saw himself being rejected by both the opposition and Zanu PF.