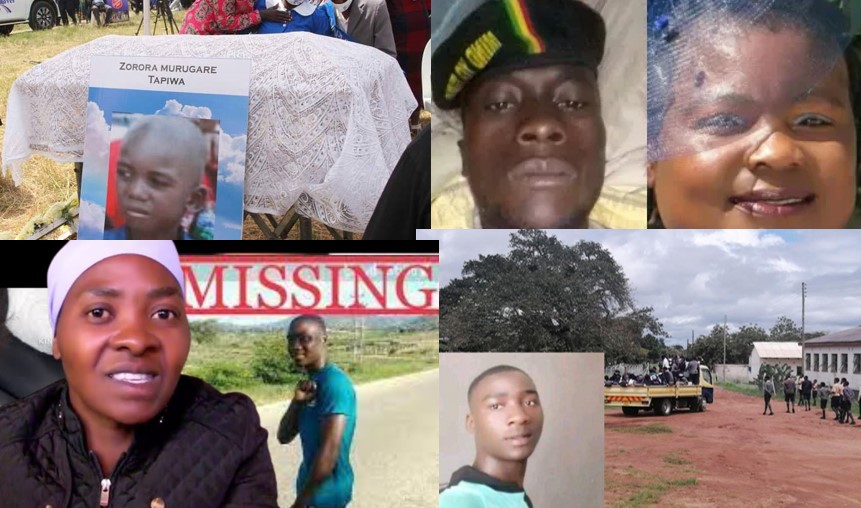 Zimbabwe has witnessed one of its worst episodes in the last two years when Tapiwa Makore was brutally murdered by his relatives and cut into pieces , with reports that some of his remains were eaten by dogs. One can only imagine the pain he went through in his last few minutes on this unforgiving world. His uncle was arrested and is yet to be sentenced.

Just last week the body of Moreblessing Ali was discovered in Nyatsime , cut into pieces. The reports said that she was strangled , raped and cut into different pieces , her intestines were removed and package on a separate plastic bag. Unlike the murder of Tapiwa Makore which was ritualistic in nature , the initial reports suggest that Moreblessing Ali was murdered for her political activism. Pius Jamba was arrested for the murder and is yet to face a trial.

Now we have also received the reports that the body of Livingstone Sunhwa has been found after also brutally murdered for stealing jiggies from a school tuck shop. Allegedly the headmaster and some members of the Zimbabwe republic police are involved. The investigation is on going and arrest are yet to be made.

Bring Back the death penalty

The way our people are being killed in this country suggest something is deeply wrong here. Its one thing for person to stab someone during an altercation or shoot someone during a robbery but to trap a kid , kidnap him and execute him , cut into pieces is a whole new level of evil.

The perpetrators of such heinous acts must face the worst possible punish and maybe its time that we pause our recent considerations where the courts are aligning with the argument that death penalty ins unconstitutional. People who commit such acts only deserve a death penalty , if its unconstitutional we will have to amend the constitution.