PUNCHSTARWE CHOOSE TO GO THERE
Home Gadgets Its now official, NATO has added Finland and Sweden as new members... 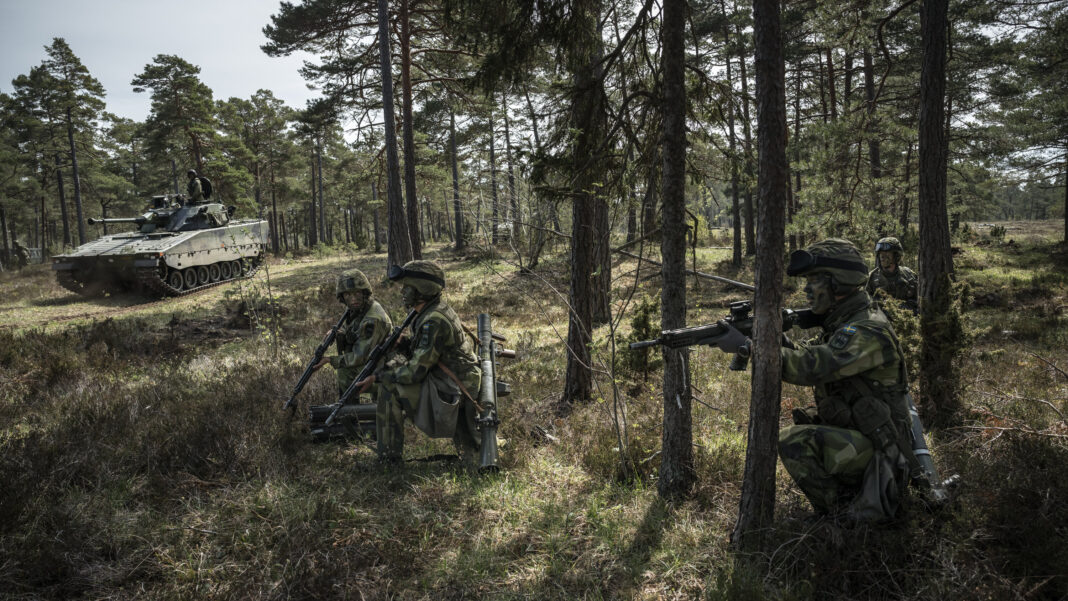 The Western military organization NATO has officially invited Sweden and Finland to join the alliance in a historic move on Wednesday. NATO leaders, meeting in Madrid, have issued an official communique in which they said “the accession of Finland and Sweden will make them safer, NATO stronger, and the Euro-Atlantic area more secure,” adding that the security of Finland and Sweden during the accession process is of “direct importance.” NATO reiterated that it condemned Russia’s war of aggression against Ukraine in the strongest possible terms, calling it a “blatant violation of international law.” It added that “Russia’s appalling cruelty has caused immense human suffering and massive displacements, disproportionately affecting women and children” and it blamed Moscow for intentionally exacerbating “a food and energy crisis, affecting billions of people around the world, including through its military actions.”

The alliance also described China as being among those countries that, it said, “challenge our interests, security, and values and seek to undermine the rules-based international order.” NATO has announced that it will beef up its deterrence and defense assets, particularly in the Baltic states and eastern Europe. In its statement, it said “we will build on our newly enhanced posture, and significantly strengthen our deterrence and defence for the long term to ensure the security and defence of all Allies. We will do so in line with our 360-degree approach, across the land, air, maritime, cyber, and space domains, and against all threats and challenges.”

Ukraine’s President Zelenskyy issued a stark warning to the country’s NATO allies, saying that the situation in his country could deteriorate and that hostilities could spread beyond Ukraine’s borders. “Next year the situation may be worse not only for Ukraine but also for several other countries, possibly NATO members, that may be under fire from Russia. Then it will be our common failure — both for Ukraine and for NATO,” Zelenskyy said in a video address to the NATO summit currently taking place in Madrid. “Please, look at our state — this is what it all can lead to in your countries,” he said, arguing that Russia’s tactics are very simple: “They destroy everything — houses, shopping malls, schools, hospitals. More than 2,800 missiles since February 24, and the vast majority on civilian targets,” he said.

Despite NATO’s upcoming expansion and continued commitments to funnel massive amounts of weapons into Ukraine, there is a growing public divergence as to how long the war will last and to what extent the Western governments supporting the effort are willing to commit to helping Ukraine win — even what victory might look like. Ukrainian leaders are eying the calendar as they ask allies for more weapons, fearful that without a major push this summer, Russia will be able to use the winter months to solidify captured ground in the eastern Donbas region.

At the same time, Western leaders are increasingly settling in for the long haul, talking about building up Ukrainian stocks of ammunition and training programs for what they see as a drawn-out struggle that will last well into next year, at the least. One Western diplomat told a group of reporters before the Madrid summit that “we need to think longer term, beyond just what’s in front of us right now. We’re very much into that stage of thinking about next year and beyond, what Ukraine needs to recapture some of the initiative” by next spring. “The sooner that the Ukrainians can turn the Russian tide, the better,” the diplomat said, but there isn’t a clear time frame for when that might happen. “Whether that’s before the winter or not we can’t predict, but what we are seeking to do is get them the weapon systems now that they need — including before the winter — but also help them to build during those winter months” for renewed offensives once the weather warms up.