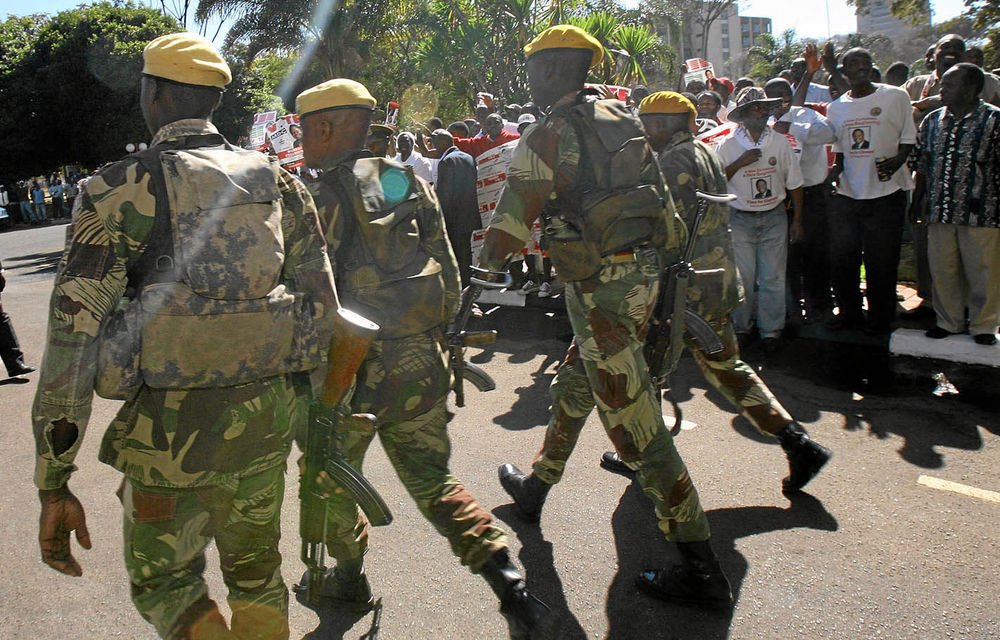 ZIMBABWE has been described as a military-run State whose future is being determined by the army. This was revealed on Monday during a Twitter space discussion hosted by Open Parly, which discussed the topic 2023 Elections: A Discussion on Security Sector Reforms. Analysts said the military, which assisted President Emmerson Mnangagwa to take over power from his predecessor, the late Robert Mugabe through a 2017 coup, were the kingmakers of the land. MDC Alliance chairperson Morgan Komichi said in reality, the country’s daily operations were run by the securocrats.

“The military in Zimbabwe has taken control of every sector. Even in the elections, the outcome will be determined by the military. Zanu-PF always had military wings such as the Zanla and the Zipra command. The future of this country will also be determined by the army,” Komichi said. Media specialist Zenzele Ndebele added: “The army has always been part of the ruling elite, remember Rex Nhongo (the late former army general Solomon Mujuru), who was part of Zanu-PF, and was given a top military post. Do you think we will be able to separate the army from Zanu-PF?”

Political analyst Maxwell Saungweme said any political party in the country that dreams of taking power should have the military on its side.

Another political analyst, Wilbert Mukori said: “The army has companies in Chiadzwa, where it is mining diamonds and to see it handing power to the opposition at the expense of millions of dollars generated from mining activities is a dream. We need to cut the umbilical cord between Zanu-PF and the army.

It is no secret that the police, the army and the CIO [Central Intelligence Organisation] have interests in the Marange diamonds, for instance, and are getting a lot of money from that and if there were to be free and credible elections, they know that the incoming government will not accept a situation where the army and police continue to loot the diamonds and other resources. It is in the interest of the top brass in the security sector to ensure Zanu-PF wins the forthcoming elections at all costs.”

But Binga North legislator Prince Dubeko Sibanda (Citizens Coalition for Change) said the military could not be blamed for chaos in the country as it was also suffering due to the economic quagmire.

“The military is not the elephant in the room. The security sector in Zimbabwe was born out of the liberation structure. We do not have to paint a bleak future for Zimbabwe. We still have a chance with security sector reforms. There is no one in the security sector earning real money. This suffering of workers, the security included, must be introspected even in the barracks,” Sibanda said.

Analyst Alex Nhundu said: “Members of the security sector must not be allowed to vote.  Their role is to protect the people. They should be recused from voting and become part of referees in elections for purposes of uniting Zimbabweans and the development of the country.”

“First of all, we do not issue comments on issues raised on social media. Can you send an e-mail with your questions as we do not respond over the phone,” Makotore told NewsDay.