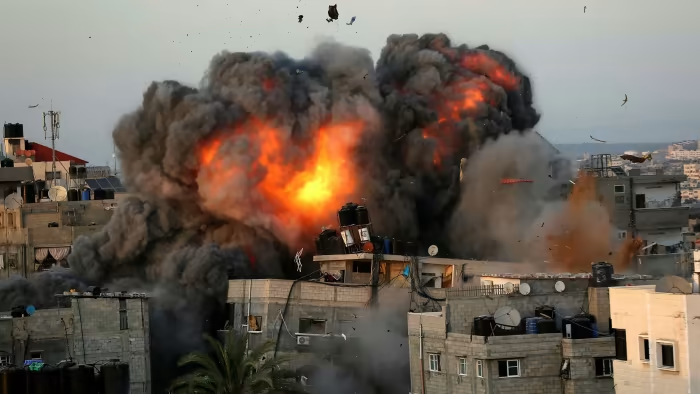 The Palestinian health ministry has reported the death toll from violence in Gaza has risen to 32, including six children. AFP reports that victims had been killed since Friday in Israeli strikes that also wounded 215 people. However, Israeli authorities have denied blame saying the children were killed on Saturday by a rocket fired by Gaza militants towards Israel that fell short.

South Africa’s Department of International Relations and Cooperation (Dirco) has issued a statement strongly condemning the violence. “It is of particularly grave concern that Israeli military statements indicate that the operation would “take a long time” and that the ongoing attacks continue to place innocent civilians at severe risk,” said Dirco.

“Attacks that kill innocent civilians have no justification, and they are more abhorrent as they are committed by an occupying power which has besieged the Gaza Strip for over a decade in contravention of international law. “As an occupying power, Israel has specific obligations in terms of international human rights and humanitarian law, which it continues to breach without being held accountable,” Dirco said. The department also called on the international community to act more decisively on the Israeli occupation forces and to put an end to the violence. “The killing of children by the Israeli Government must urgently be addressed.

“The UN Secretary-General’s report on Children in Armed Conflict states that there has been an alarming increase in grave violations against children,” said Dirco. Dirco said there had been a significant rise in the killing and maiming of children in the Occupied Palestinian Territory by Israeli forces during hostilities, air strikes on densely populated areas and the use of live ammunition during law enforcement operations. “It is disheartening to note in the report the verification of 2934 grave violations against 1208 Palestinian children and 9 Israeli children. “Accountability for these violations must be upheld to ensure that these violations do not continue,” stressed Dirco.

“In this regard, South Africa concurs with the Secretary-General’s proposal that action must be taken to include Israel and other groups as listed parties, should they not put in place measures to prevent violations and improve the protection of children.” International Relations and Cooperation Minister Naledi Pandor recently stated, “South Africa is concerned at the continued human rights violations in the occupied territories and again reiterates that such violations only contribute to the fostering of hatred.”

Pando stressed that Israel’s security and that of its future generations do not lie in the annexation of all Palestinian territories and the imprisonment of Palestinians. “Rather it lies in a peaceful and stable neighbor, a sovereign and independent Palestinian State, whose children, like Israeli children, can go to school, play, attend places of worship and compete in sporting activities in peace and security.,” said Pandor. “This can be achieved through sustained dialogue, negotiations and mediation, by both sides respecting one another and through compromise and understanding,” Pandor concluded.