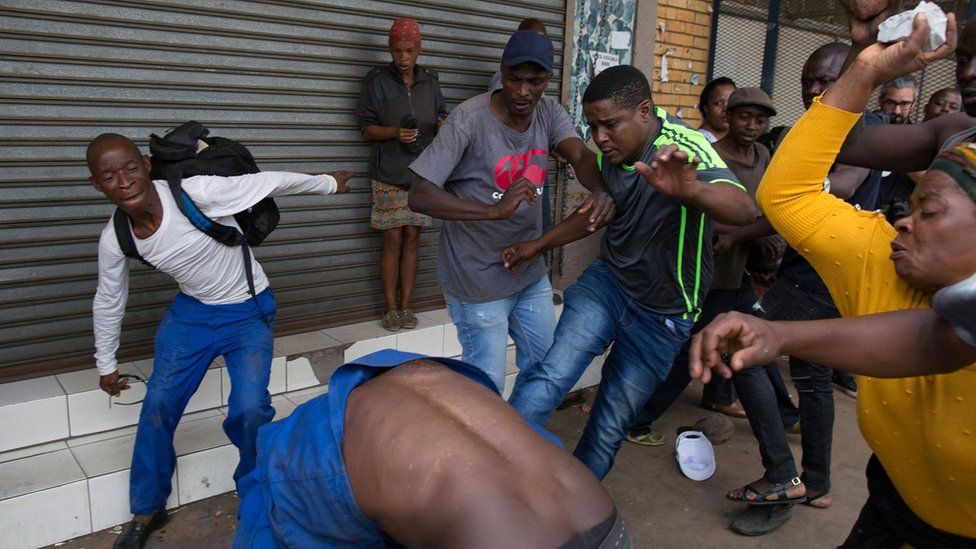 Mabe last week “declared open season on all illegal foreign nationals” residing in SA saying “we can no longer guarantee their safety.”

Mabe was addressing ANC members who were picketing at a police station over increased crime allegedly committed by undocumented foreign nationals.

Chairperson of the Zimbabwe Community in SA, Ngqabutho Mabhena described Mabe’s utterances as unfortunate, and fuel an exclusionary migration policy.

“The constitution of South Africa guarantees the safety of any foreigner in the country and Mabe’s statement is just unfortunate,” Mabhena said, adding that Mabe’s utterances rekindled memories of the xenophobic horror attacks directed at Zimbabweans in that country over the years.

In April, a Zimbabwean, Elvis Nyathi was stoned and burnt to ashes by seven South Africans who accused him of theft.

“The constitution is very clear on how those who are not documented should be treated. As a spokesperson of the ruling party, Mabe should have realised the impact of his utterances although we believe that he said this out of excitement and not from the ANC point of view,” Mabhena added.

Foreign Affairs ministry spokesperson Livit Mugejo did not respond to questions sent to him. Efforts to obtain a comment from the Zimbabwe Consulate in South Africa were also fruitless.

However, critics have said ANC’s position on illegal immigrants, particularly Zimbabweans, was connected to the party’s election campaign.

In 2019, the party announced that it was getting tough on illegal immigrants, claiming that is what the South African society wanted.

In June this year, the ANC identified illegal migration as one of the issues that threaten peace and stability in that country.