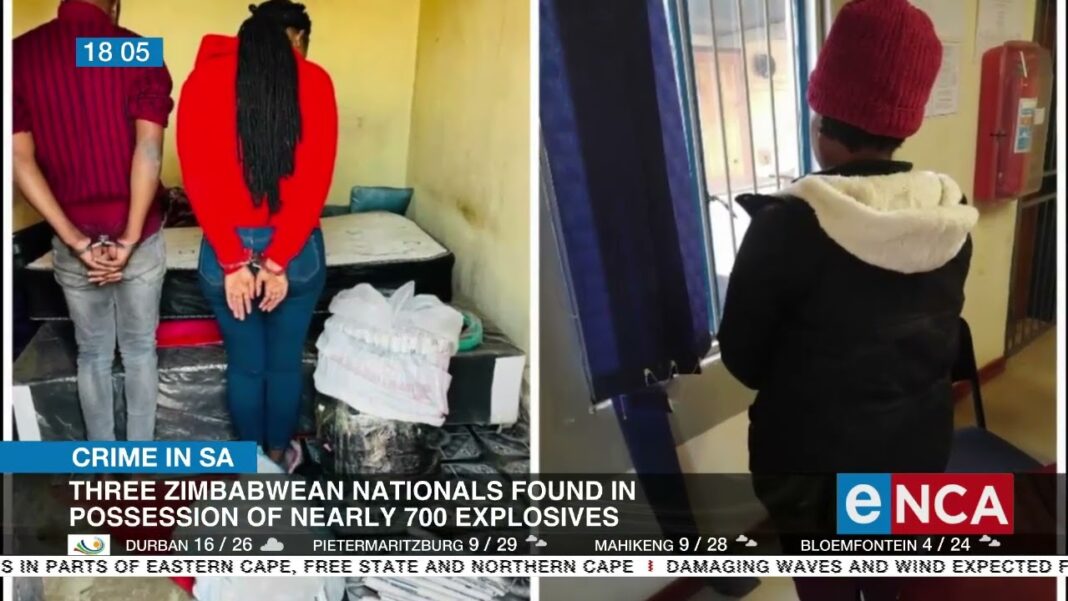 Three Zimbabwean nationals have been arrested after being found in possession of blasting cartridges and explosives in Benoni. Ekurhuleni Metro Police tried to stop the suspects but they refused and a chase ensued. Their car lost control and smashed into a steel road barrier. They then abandoned the car and ran into a nearby field where they were nabbed. Police found 11 blasting cartridges and 25 capped fuses hidden under a jacket.

After being interrogated, the suspects confirmed they have more explosives at their residence. When police arrived at the address, they found 341 blasting cartridges in a plastic bag. The police searched another property and found 316 capped fuses concealed in white maize meal bags. The suspects, including a 20-year-old woman, are facing charges of possession of explosives. They could also face other charges under the Migrations Act. They will appear in court soon.