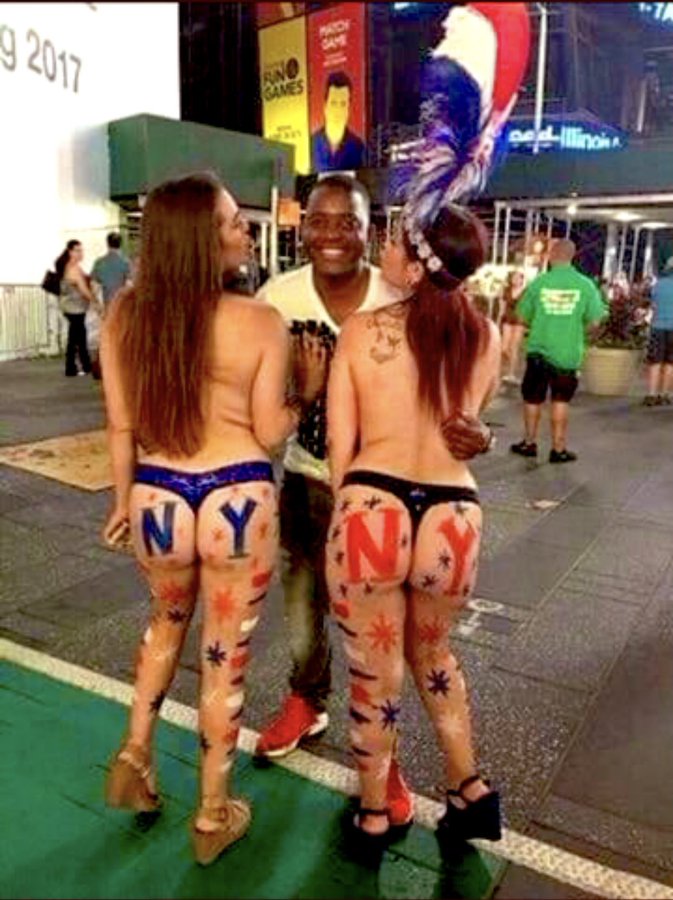 Gokwe-Nembudziya legislator Justice Mayor Wadyajena, three Cottco bosses and one other, spent Wednesday night in remand prison following their arrest on fraud and money laundering charges that are said to have defrauded Cottco of US$5 million. The State alleged that the accused had “created empires or big spheres of influence” using their alleged loot, and let free on bail they had the capacity to interfere with state witnesses. The four are said to have defrauded Cottco US$5 834 000 for importing bale ties to import trucks, buy fuel and make an assortment of other payments that had nothing to do with the ties, a remand court heard yesterday. The other, Chiedza Danha, 39, is being charged in her personal capacity while representing Perpont Moncroix. Wadyajena and Danha are charged along with suspended Cottco CEO Pious Manamike, suspended Cottco marketing manager Maxmore Njanji, Fortunate Molai of Cottco, and Wadyajena’s company Mayor Logistics.

The court heard that although payments were made on orders for bail ties between 2019 and this year, no bail ties have arrived from the American and Mauritian companies who were given the orders. Instead the money was allegedly used to buy trucks from America and for making an assortment of payments through the payments approved for Mauritius. Prosecutor Lancelot Mutsokoti opposed bail saying the Cottco bosses were likely to interfere with witnesses. Mutsokoti, through evidence from Zimbabwe Anti-Corruption Commission investigating officer Arthur Murambiza, told the court that the Cottco bosses have since tried to interfere with investigations after holding secret meetings with other managers. The Cottco bosses had already “created empires or big spheres of influence within the employees” and there were fears that documentary evidence might be extracted in a bid to cover up the offences.

Murambiza told the court that ZACC feared that Wadyajena and his accomplices might abscond trial considering the overwhelming evidence gathered. The bail application continues today. It is the State’s case that on January 28, 2019 the accused allegedly opened a shelf company called Pierpont Moncroix before Cottco raised an internal requisition stores voucher in March that year for the supply of 3 200 000 92-inch special high carbon bale ties for the 2019 ginning season. Manamike and Njanji allegedly signed this voucher on the same date. Molai prepared a comparative schedule of four potential suppliers of the bale ties. Local company, Brown Engineering Group quoted US$2 005 416,17, Chinese Hebei Hanwu Cotton Machinery Company Ltd quoted US$1 439984, Burmetal Turkey quoted US$1 307 881,77 and Pierpont Moncroix Mauritius quoted US$2 649 289,97.

Pierpont Moncroix Mauritius was allegedly recommended by Molai ahead of the other three despite being the most expensive and on March 14 2019 Manamike allegedly approved a fraudulent purchase order in favour of Pierpont Moncroix Mauritius for US$2 528 000 for the supply of the 3 200 000 bale ties to Cottco. But the next day, according to the State, an email was sent to Molai with a purported invoice from Giant Equipment LLC from United States of America for the same bale ties that were supposed to come from Pierpont Moncroix Mauritius. Molai advised that payment was now to be made to Giant Equipment LLC, USA. On March 20 Manamike, a signatory to Cottco CBZ Bank Foreign Currency Account, allegedly authorised a ftransfer US$1 896 000 to Giant Equipment PLC, USA and the bank did this the same day.

The transfer form describes the payment as a 75 percent down-payment of the US$2 528 000 required for the bail ties, leaving a balance of US$632 000. According to the State, in terms of the Exchange Control Regulations all foreign payments must be acquitted within 90 days, that is the necessary documents showing the money has been used for what was intended can be presented. This 90 days for the Giant Equipment order was to expire in June 2019. The court heard that on June 18 2019 Manamike and Njanji wrote to CBZ Bank head of exchange control seeking an extension of the acquittal period, allegedly backing this with a letter purported to be from Giant Equipment and saying that 16 containers of bale ties were sailing to Beira with the first four expected to arrive on June 23, 2019. The second batch was expected by end of July 2019 with the last batch in September of the same year.

On July 15, Pierpont Moncroix Zimbabwe opened a corporate account with FBC Bank and instructed Molai to clear the outstanding balance of US$632 000, which was to be paid in local currency in favour of Pierpont Moncroix. According to the State Pierpont Moncroix Pvt Ltd, the Zimbabwean company set up by the Cottco bosses, and Pierpont Moncroix Mauritius are not related. The payments were allegedly made on July 17 of the same year for a total of $3 414 000 in two batches of $1 014 000 and $2 400 000. Both payments were approved by Manamike and Njanji on August 20 and with the original down payment completed payment of the US$2 528 000 owed to Giant Equipment. But the payments for what were supposed to be bail ties had not been acquitted, and so on December 5, 2019, Manamike allegedly wrote a second letter to CBZ Bank head exchange control seeking further extension of acquittal of advance payment to Giant Equipment by another four months.

In the letter, he admitted that no meaningful deliveries had been received but said that significant deliveries were expected in 2020 with complete deliveries by June 30 of that year. Manamike allegedly attached a letter which was purported to be a communication from Giant Equipment, although it was not stamped by the bank as proof of receipt. Another letter dated December 5, 2019 was addressed to CBZ Bank head of exchange control from Jacqueline Dube, head of finance at Cottco acquitting US$280 000 of the foreign payment to Giant Equipment with 28 bills of entry from Pierpont Moncroix for facilitating the import of bale ties on behalf of Cottco.

But there is no link between the bale ties valued at US$280 000 imported by Pierpont Moncroix (Pvt) Ltd and the payment made to Giant Equipment, according to the State. Further investigations established that no bale ties at all arrived Giant Equipment and instead 25 Freightliner Horse trucks were delivered by Giant Equipment in 2019 and 2020 for Mayor Logistics (Pvt) Limited, a company owned by Wadyajena. The 25 trucks had a combined invoice value of US$1 506 600 and further investigations established that all the trucks are registered under Mayor Logistics. Giant Equipment does not specialise in the supply of bale ties, but is an American company that supplies trucks and earthmoving equipment.

This was the part of the case that brought in Wadyajena and his company into the fraud allegedly organised by the three Cottco accused. So far the original down payment to Giant Equipment LLC USA has not been acquitted since it was made March 2019 and Cottco has been red-flagged by Reserve Bank of Zimbabwe, according to the State. While the original order, supposedly for bale ties but apparently partly converted to trucks, was still in progress, the State said that the Cottco bosses approved a second purchase order to Giant Equipment of another US$1 106 000 in November 2019. Delivery lead time was stated as three months after a down payment of 40 percent and the balance before delivery and this order was approved even though Giant Equipment had failed to deliver the first order, according to the State.

But when this order was approved, Cottco had no money and the order was thus parked for nine months until August 31, 2020 when Manamike and Njanji approved its processing which was done in three payment batches. Instead of making a telegraphic transfer to Giant Equipment as the order specified, payments were done in local currency to Afrozurich International Private Limited, a local Bureau de Change specialising in a currency swap arrangement. Cottco traded its local currency equivalent to US$1 106 000 for the foreign currency. No bale ties were ever received from Giant Equipment as a result of the order and the payment. In October 2021 Molai is said to have generated another email to Memory Chivanga, who was acting treasurer at Cottco, and attached a signed purchase order for bale ties to Pierpont Moncroix Mauritius for US$4 578 078.50.

In her email, she allegedly requested that Cottco treasury advise on the payment of the deposit for the order which was US$2 500 000. No physical paperwork was received by Cottco Treasury office. The Cottco Treasury was only able to raise US$750 000 as a deposit which was paid through Cottco’s CABS Account on November 15, 2021 to Energy Park (Pvt) CBZ account on the instructions of Manamike and his accomplices. On November 23, 2021 US$363 900 of that payment was then transferred to Maropafadzo Energy Ecobank account and US$421 000 was transferred to Energy Park Bulk Fuels on November 24, 2021. The court heard that investigations established that Energy Park (Pvt) Ltd is in the fuel industry and sells fuel in bulk and direct to retailers and does not supply or sell bale ties. On March 8 and 14 this year two more payments were allegedly processed from Cottco’s CABS Account of US$450 000 to Maropafadzo Energy’s CBZ bank account and US$1 000 000 to Maropafadzo Energy’s Ecobank account as requested by the supplier.

This now meant that US$2 200 000 was paid against the order of US$4 578 078. Payments to Maropafadzo Energy, being part of the order for bale ties were further transferred into various accounts of individuals and corporates, both local and international, for procurement of services which had absolutely nothing to do with the import of bail ties, the reason given in the records for the orders. It is alleged that no bale ties were imported from Pierpont Mauritius (Pvt) Ltd and as a result Cottco was now prejudiced of a total of US$5 834 000 through the payments to Giant Equipment and the energy companies.